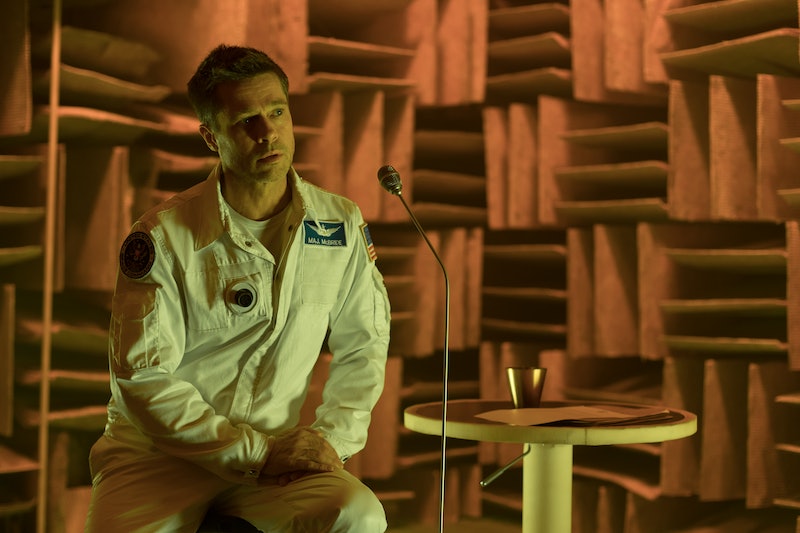 You might still feel like taking in a lighter, more fun movie right now to beat the summer heat, but fall is coming and with it some darker, more mysterious movies. There are quite a few thrillers coming out in fall 2019, for anyone who likes that feeling of being on the edge of their seat or being left with racing thoughts about what they just saw after it's all over.

Thrillers can overlap with many film genres, and the list of upcoming movies below shows many of the directions in which one can go. There's a movie about a man traveling to the outer limits of the solar system. There's one about a black woman police officer, who is the only witness to other cops murdering someone. There's the sequel to The Shining, 39 years after the first movie's release. There's Will Smith acting opposite a CGI version of 25-year-old Will Smith. And there's a movie about two guys in a lighthouse who start losing their minds.

Some of the films are scarier than others, striking an almost horror-movie tone, and some of them are more psychological. So as you decide what to see this autumn, just make sure you know what you're getting into. Here are 10 upcoming thrillers to choose from.

Ad Astra is an space sci-fi thriller in which an astronaut (Brad Pitt) goes to the edge of the Solar System where his father (Tommy Lee Jones) disappeared. The thing is, neither his father nor space exploration seem to be quite what he'd assumed.

In Gemini Man, there are two Will Smiths... sort of. The film is about a man being hunted down by a clone who's younger than him. And while it looks like de-aging technology has been used on Smith to create the younger character, that's not the case: The younger character is totally CGI.

It's a movie about a zombie that isn't your typical zombie movie. After a man (Jeremy Childs) returns from the dead, a psychiatrist (Shane Carruth) tries to find out what's really going on.

Parasite is about two families, a wealthy one looking for tutors for their children, and a poorer family that starts infiltrating their household by taking on the roles. Earlier this year, the film won the Palme d'Or, the top prize at the Cannes Film Festival.

The Lighthouse is a psychological thriller/horror movie about two lighthouse keepers (Robert Pattinson and Willem Dafoe), who lose their sanity together.

In Black and Blue, a rookie police officer (Naomie Harris) witnesses a murder committed by corrupt cops and sets out to expose them using the footage from her body cam.

Doctor Sleep is the sequel to The Shining, and centers on Dan Torrance (Ewan McGregor), the kid from the original. As an adult, he meets a young girl who has powers similar to his and helps protect her from a cult that wants to use her.

The Report is a political thriller about an investigation into torture, or "enhanced interrogation techniques," used by the CIA after 9/11. It stars Adam Driver as Daniel J. Jones, a member of the U.S. Senate Select Committee on Intelligence, and Annette Bening as Sen. Dianne Feinstein.

21 Bridges is another cop thriller, this time about a detective (Chadwick Boseman) who goes to extreme measures — shutting down access in and out of Manhattan — to find criminals who killed multiple officers and are trafficking drugs.

Queen & Slim is a drama, a romance, and a thriller about Slim (Daniel Kaluuya) who kills a police officer in self-defense while on a date with Queen (Jodie Turner-Smith).

That should be enough to hold you over until winter when the most thrilling movie of the year comes out.