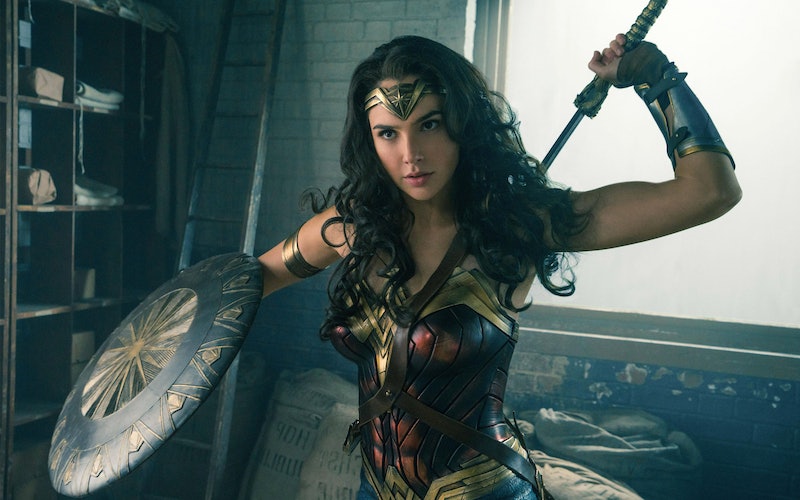 Wonder Woman is the gift of a summer blockbuster that just keeps on giving. From the fact that the film has just become the highest rated superhero movie ever and its record-breaking box office numbers , Gal Gadot bursting on to screens as one of the world's most famous badasses is giving us nothing but life. It's no secret that seeing a woman at the helm of an action flick is a huge deal, not only for the girls and women who are happy to see femaleness being portrayed on screen as strong, capable and fierce rather than being relegated to the role of love interest, but for comic fans who have been waiting to see their favorite superhero on the big screen for years.

Wonder Woman is definitely the movie of the summer, and she won't stop being talked about for a long time to come. But what will feed your obsession after you've seen the film (and are waiting for the inevitable sequel?) Well, there are a few books that might help. Below are some picks including fiction, non-fiction and comics, but they all have one thing in common: warrior women are front and center in each one. You probably don't need anymore proof that females are strong as hell... but it sure is fun to be reminded, anyway.

More like this
Netflix Shut Down 'Bridgerton' S3 Rumours About A “Very Dark” Storyline
By Bustle
We’ve Entered The Hot Boy Reader Era
By Samantha Leach
Here's How Netflix Should Adapt Prince Harry's Memoir Into A Movie
By Ginny Hogan
10 Equally Romantic & Heartbreaking Books From British & Irish Authors
By Shahed Ezaydi
Get Even More From Bustle — Sign Up For The Newsletter
From hair trends to relationship advice, our daily newsletter has everything you need to sound like a person who’s on TikTok, even if you aren’t.