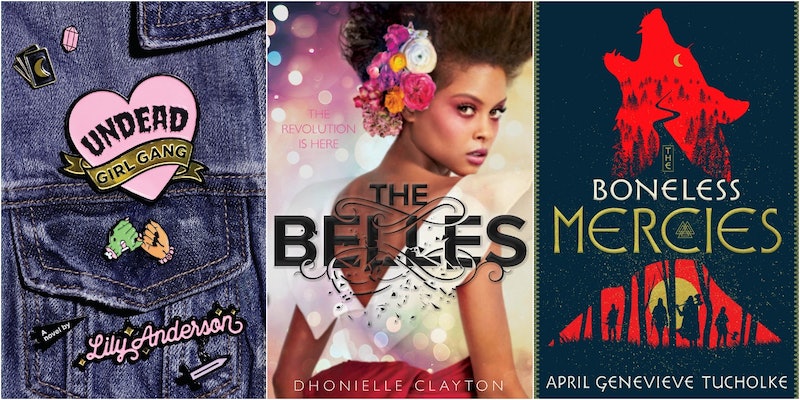 It has been a rough year for women. (More like, a rough millennia for women.) Honestly, it's been tumultuous year for a lot of people, and of course, people of color and people with multiple marginalizations have suffered more than white women. But still, it wasn't a great time to be a female: There was the #MeToo movement, there were the Supreme Court confirmation hearings of Brett Kavanaugh; there were the repeated and blatant attempts from the Trump administration and politicians across the country to strip women of their reproductive rights.

But there were also many bright spots. In the 2018 midterm elections, over 100 women were elected to Congress for the first time in history, including Alexandria Ocasio-Cortez the youngest woman ever elected to Congress. It's still too low a number, but it's progress and it gives me — and so many other women — hope that things might be different soon. Plus, so many books with kick ass heroines were released in 2018. Below are 11 of those books, each filled with stories of fierce girl squads who combine their powers, their wits, and their strengths to overcome any number of obstacles. If you want to finish the year out strong, these books are definitely the way to do it: