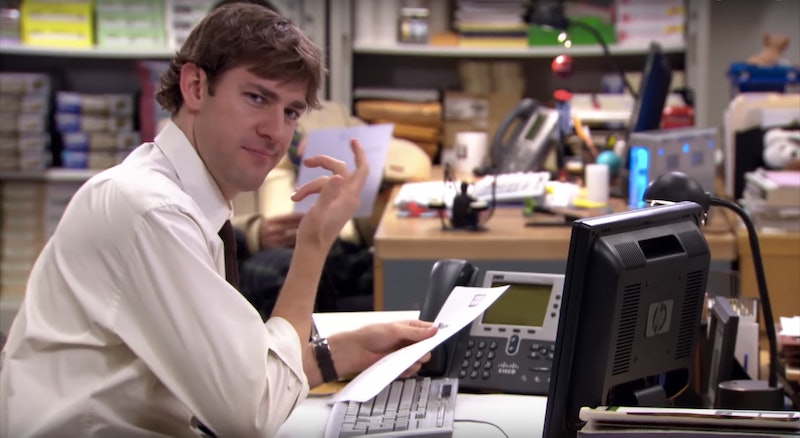 Rumors of NBC's desire to make a revival series of The Office have floated around as early as January 2017 and have gained some steam recently. Unfortunately, that's not something anyone needs, because a revival would ruin The Office. It's just a fact, albeit one stated with a ton of love. There are at least 11 reasons a reboot would wreck The Office, and they're neatly laid out here. Again, it's not borne out of any distaste for Dunder-Mifflin Scranton, or a preference that the revival machine churn out something else in its stead. It's simply this: The Office is beautiful as is, and reviving it is a bad call.

Whether the networks or the studios are the ones pushing for a revival of The Office, they just need to stop. If it's the actors who are eager for a return to their glory days, please, write something new for them! Oh, and if it's a matter of "But it was such a good idea!", then here's some news for you: There are a lot of good ideas out there. There are new writers, performers, comedians, and more looking for their chance to break in every day.

It's time to move on. Leave The Office in the past. Here are 11 reasons a revival would ruin The Office.

1. The Finale Tied Up Loose Ends

If you're still working through the show, this is the only time there won't be a spoiler present. To keep it short, simple and sweet: The Office series finale did everything it needed to. From the guest stars to the cameos, the resolved plot lines to the character reflections and beyond - if anything was cause for fans to say "we're good" to a reboot of The Office, the perfect finale is it.

2. So Many Of The Writers, Producers & Directors Are Busy

The Office had certifiable geniuses in the writers' room, behind the camera, and more. The bulk have moved on to new and exciting projects as a result. If NBC chooses to revive The Office, they'll either have to pull people off of the shows on which they're currently working (Brooklyn 9-9, The Good Place, an untitled Mindy Kaling pilot, for example) or redo the show without its veterans. Neither seems particularly appealing. As a panic move, the network could ask anyone whose contracts allow it to work on more than one series, but the potential for writer burnout is so high, just imagining its effects is stressful to fans.

3. A Lot Of The Actors Have Other Commitments

Steve Carell left the show after Season 7. John Krasinski made the jump to film, behind and in front of the camera. Mindy Kaling has a pilot to work on. B.J. Novak and Jenna Fischer have book tours planned. It goes on and on. Even if a revival of The Office managed to round up every OG cast member who was available, it wouldn't be worth it. Those are the facts, and they are harsh, but stated with love.

4. How Would You Pick The Stars?

The Office was on for nine seasons. That's so many characters to like, love, hate, rally around, root for, root against, and generally bond to. Primary, secondary, and tertiary characters rotated through the show for years. By its finale in 2013, The Office barely resembled the series it was when the pilot aired in Spring 2005. That's part of why it lasted for so long! What the heck would the show be about, now? In all seriousness, how would it work?

5. They Basically Don't Work At That Office Anymore

How can there be a revival of The Office when only a handful of people even work at Dunder-Mifflin Scranton anymore? How?

6. A Revival Would Not Serve Any Purpose At All, Like, At All

If you'll recall from reason No. 1, Season 9 hand-delivered a finale to fans neatly wrapped, with a bow on it. There's nothing else fans could possibly want to see. The cast spent years learning and growing and changing. Why undo the show's hard work? It would undermine the entire series.

7. There Is Already So Much 'The Office,' There Is No Need For Any More, C'mon

Nine seasons! Web exclusives! Web series! Outtakes! DVD extras! IRL friendships! How much more of The Office do fans need? None. None more.

8. A Revival Of 'The Office' Would Torpedo Fans' Remaining Goodwill

The post-Michael Scott seasons of The Office remain some of television's most divisive. It feels like NBC finally got fans on the same page; more or less, everyone is content with the ending. It's too soon to test the water, NBCUniversal. You might not like what you hear.

Okay? Okay? How much clearer does one need to be? A truce has been brokered. Don't open that can of worms again, NBC! Don't let audiences, critics, or haters catch even a whiff of opportunity for fresh blood. No one wants that. Least of all, longtime fans.

10. What If It Makes Fans Realize That There's Better TV & Their Fave Doesn't Hold Up?

The horror. The horror. Just let fans keep their love for The Office confined to the series they know and love! It is what it is, and that is great. It has a special place in the hearts of fans and in television history. Let's just allow that to be enough this year, OK?

11. The Prospect Of Michael Scott In A Trump Universe Is Terrifying

This needs no elaboration.

In conclusion: Please do not revive The Office. Do not reboot The Office. Do not attempt to spin off The Office into that series about Dwight or try to make Parks & Recreation the spinoff of The Office that it ultimately wasn't. The Office should exist in a vacuum. Don't bring it back! The fans are begging. Let sleeping officer workers of Scrantons lie, once and for all.