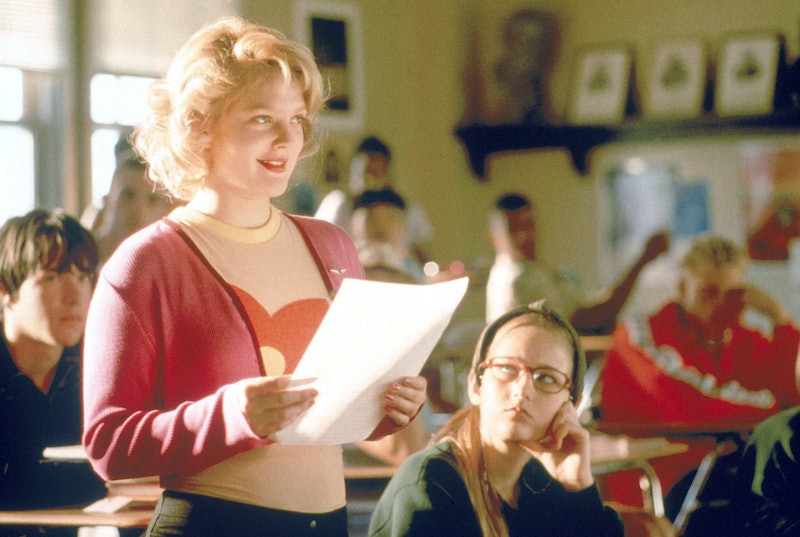 Sometimes it can be difficult to nail explaining what the '90s were really like to today's young people. It can be hard to connect with a generation of kids floating around on hoverboards when we spent nights laying awake in bed dreaming of floating around on hoverboards. The world has changed so damned much since the '90s that there's a real and deep void between the generation that grew up then and the generation growing up now, and yet we try as hard as we can to capture the true spirit of the '90s when were describing our own youth to the youth of today.

My brothers are ten years younger than me, and often can't even comprehend things about the '90s when I talk about them. I watch their eyes glaze over when I say "dial up", and they break out in fits of laughter when I tell them our parents would give me 20 cents to call them from a payphone when I was ready to be picked up from the mall. There are some things only 90s kids will understand, which are nearly impossible to relay to '00s kids without sounding insane. Here are 11 struggles of explaining what the '90s were really like to today's young people.

1. Getting Through The Disbelief Phase

A lot of the time, the youth of today doesn't even believe you when you tell them you used to hand draw maps to the places you were going, or carry a pocket road directory. Trying to convince them that what you're saying is real and actually happened is the first hurdle.

2. Dealing With Their Mirth

When they do finally believe you, you then have to deal with HOW FUNNY everything you tell them about the '90s was, when really, all you want to do is tell them how awesome it was.

Of course, the second you start trying to explain the '90s to a young person, you're going to feel very, very old. It will feel as though you're describing to them your first hand account of what dinosaurs looked like.

4. Trying To Coax Them Out Of Their Disinterest

There comes a point where every riveting turn you take down nostalgia lane, no matter how important it is to you, becomes boring to the young person listening to it. Getting them to pay attention and care is nigh on impossible.

5. Not Being Able To Google Your Geocities Site To Prove It Existed

There's no real way to capture the reality of Geocities with words — and the thing you hate most is that you can't simply Google the site you made when you were nine and show it to the youth of today.

6. Getting Annoyed When They Don't Realize The Stuff They Like Now Is Actually From The '90s

Trying to tell a young person that literally everything they're wearing, all the music they listen to, and basically all the "fleek" "lit" stuff they like is a direct byproduct of the '90s is exhausting.

7. Convincing Them That The Things That Sound Dorky Were Actually Cool

For some reason, no matter what you do, the '90s sound lame — trying to tell a young person, for instance, that Hypercolor t-shirts were cool just sounds lame now by comparison to the cool stuff they have, like smart phones and hover boards.

8. Not Having Analogies For The Technology That Existed Then

The '90s would be easier to describe if you had relevant analogies for the technology you used. Unfortunately, there is no analogy for a Discman, man.

9. Feeling Jealous When They Start Crushing On '90s Leo

When you start Googling images of Leonardo DiCaprio in the '90s to show the naive young sapling you're teaching exactly what a heartthrob looks like, you never bank on them falling in love and coo-ing over him the way you did in the '90s. Leo will always be yours truly — no matter what kind of late-to-the-party crush your teenage friend develops now.

10. Trying To Explain How IM Was NOT Like Texting

IM is IM. Texting is texting. Trying to IM your crush was not the same as texting it was MORE HARROWING. Imagine texting your crush then someone in your family needs to use the phone so you have to DISCONNECT YOUR PHONE and never, ever find out if they responded to you.

11. Making Them Believe The '90s Were Still Awesome Regardless

The biggest struggle about describing the '90s to today's youth is convincing them that it was an awesome time. It can be really hard to dig yourself out of a hole of tape decks and seances, but it was really ace, truly.