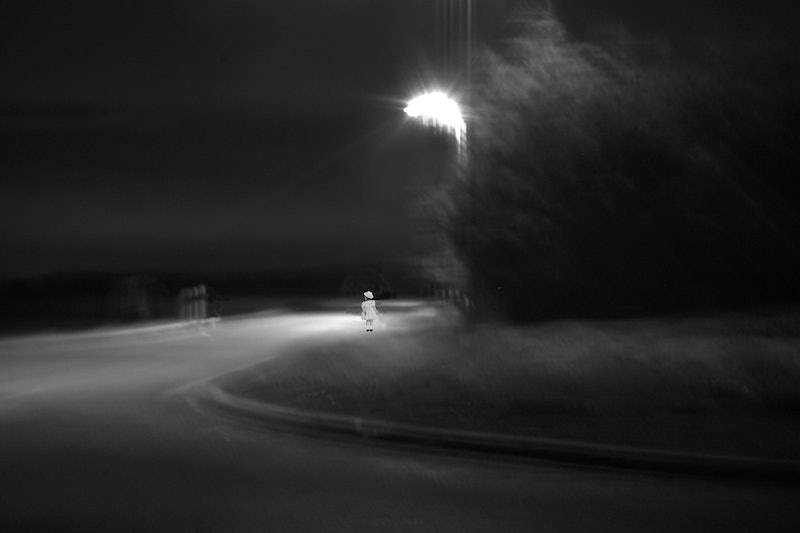 For the past week, Twitter has been on the edge of its proverbial seat as the saga of “Dear David,” an alleged ghost that appears to be haunting illustrator and writer Adam Ellis’ apartment, has unfolded — but Dear David isn’t the only creepy child ghost to have menaced the general public before. Far from it, in fact; there are unsettling stories about ghost children all over the internet, rife throughout the library, and passed down from generation to generation — and no matter how recent or how old they are, they’re all the most chilling combination of freaky and sad.

I often wonder what it is about child ghosts in particular that pull at our fears. After all, given the choice between a malevolent child and a malevolent adult, many people would likely agree that a kid is a little easier to deal with than a full-grown adult. So why do we find them so frightening? The horror YouTube channel BlueLavasix has a fantastic video breaking down what makes the creepy child trope so… well, creepy, so I’ll send you over there for the full story — but what it ultimately comes down to is this: When kids seem like they have the kind of knowledge that kids shouldn’t have — the kind of knowledge that we only acquire as adults — it goes against everything we think we know about how kids develop. And that? Is kind of frightening.

A child ghost who seems intent on messing you up definitely falls under that heading.

But the good news is that, even though they’re often unsettling, the kinds of spooky youngsters that feature in many ghost stories —both real life, as seen here, and fictional — aren’t always malevolent. That may not make them any less creepy, but at least not all of them are out to kill you, right?

Still, though. That Dear David — he seems like he’s one you’re going to want to keep an eye on.

More like this
TikTok Is Using A Kendrick Lamar Song To Post Thirst Traps
By Courtney Young
How To Decorate Your Home Like A Coastal Grandmother
By Emma Garza
What Does “Gatekeeping” Mean On TikTok? The Viral Term, Explained.
By Courtney Young
TikToker Kate Glavan Has The Antidote To The “Hot Girl Walk”
By Alexis Morillo
Get Even More From Bustle — Sign Up For The Newsletter