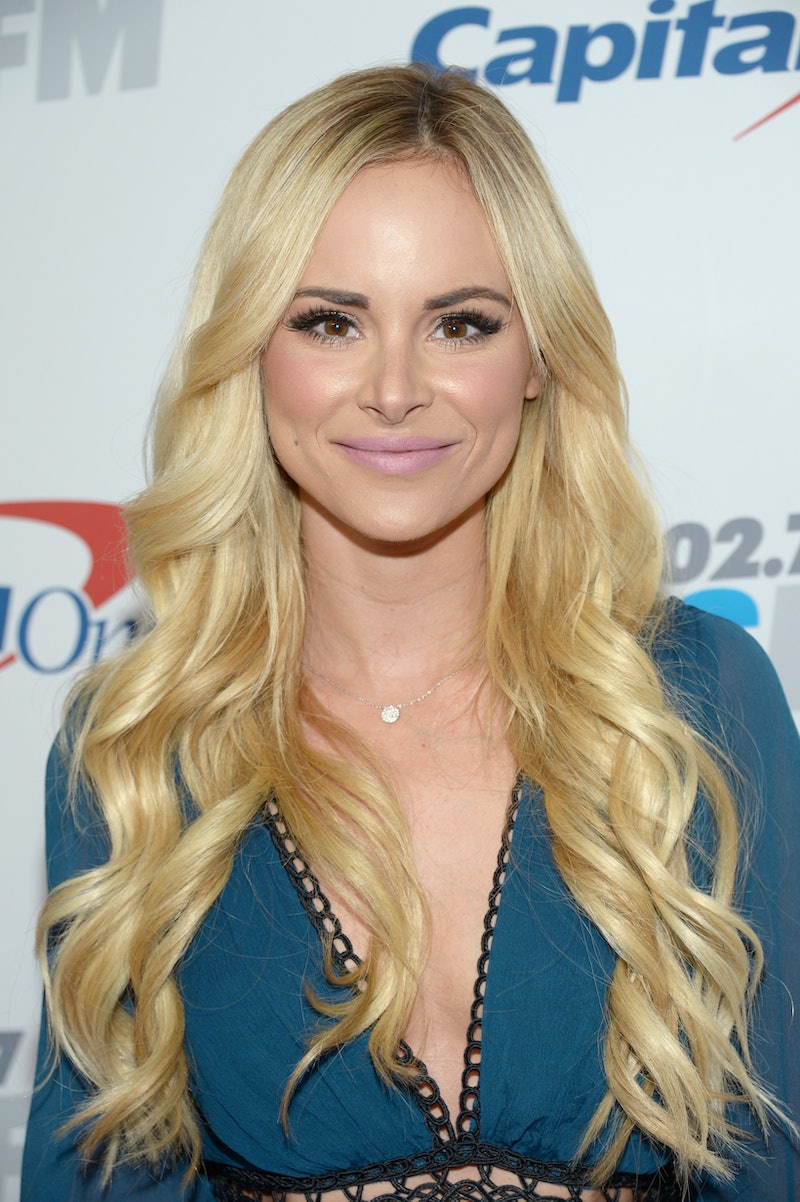 The latest Bachelor Nation memoir comes from Amanda Stanton, whose book Now Accepting Roses digs in deep on her life before, during, and after her time (once) on The Bachelor and (twice) on Bachelor in Paradise. Viewers first met Stanton, a single mother of two, on Ben Higgins' season of The Bachelor. When that didn't work out, Stanton gave Bachelor in Paradise Season 3 a chance. It was there that she got engaged to Josh Murray. One messy public breakup later, Stanton returned for Bachelor in Paradise Season 4 where she met Robby Hayes. None of her Bachelor Nation romances lasted, but now Stanton is sharing her side of the relationships in her book.

She dives in deepest on her romance with Murray, writing of the behavior he allegedly exhibited that ultimately resulted in her terminating the relationship. She also addresses major moments in Bachelor in Paradise history, like her thoughts on Dean Unglert's love triangle with Kristina Schulman and Danielle Lombard as well as her perspective on the production shutdown in Season 4.

And while the book isn't 100 percent about Bachelor Nation (Stanton gives travel tips, mom advice, fashion help, and more), the book does reveal a lot about the behind the scenes of filming the franchise that fans may not know.

1. Producers Are Really Serious About Bachelor Contestants Not Meeting Each Other Before The Show

Stanton said that on Higgins' season, before the contestants got in the limos for the premiere, they were put "in different corners of the hotel lobby, each ... facing a wall," so that they didn't get too friendly before the cameras had started rolling.

2. Once They'd Met, Most Contestants Were Friendly About Sharing Clothes, Accessories, And Makeup

The contestants are in charge of their own hair and makeup for the show, and so they also shared grooming and application expertise to make sure everyone was camera ready. "The twins, Emily and Haley [Ferguson], were sweet about doing girls' hair and makeup," Stanton said. "And Lauren [Bushnell] was so great with other peoples's eyebrows we called her makeshift station 'Lauren's Brow Bar.'"

3. The Downtime Between Dates Could Get Boring

"We'd basically sit around all day waiting to be part of the show," Stanton recalled, adding, "We'd paint our nails, nap, pretty much just hang." There's not a lot for contestants to do while filming the show, since books, TV, and other forms of entertainment are forbidden.

Sure, the Bachelor or Bachelorette may be exploring places like Scotland, Italy, or the Bahamas with a handful of one-on-one date contestants, but not everyone is lucky enough to go on those. That means all the contestants who aren't picked for those dates are locked in their hotel rooms for the duration of the trip. "That's right, the hotel room. Even the beach, pool, and gym are off limits," Stanton said.

She added that being at the airport was their only chance at contact with people and things outside of producers and the show, so they would go wild at airport shops. "We could finally swipe our cards to buy something," Stanton wrote. "It was silly how much we missed simple things such as making a purchase."

5. All The Contestants Have To Re-Pack Their Bags Before Every Rose Ceremony

Stanton said that rose ceremonies can happen about every three days, so everyone is constantly packing and unpacking. She was very serious about everything she packed for the show, and planned outfits out ahead of time. Part of the way Stanton organized her luggage was in "priority" outfits that she wanted to wear ASAP in case she got sent home early and then second option outfits in case she lasted longer. She even labeled certain ensembles as "rose ceremony" "group date" and more. Basically, she's organized AF, and she goes into even more packing tips in the book.

6. Stanton Experienced A Huge Social Media Jump On The Bachelor

It's no secret that Instagram has changed the game for reality TV, with many stars returning from a show and hopping into a career in social media. Stanton did the same, likely because she went from 2,000 followers to 20,000 when she was announced as a contestant, to 400,000 overnight when she was eliminated from Higgins' season. These days, she's at 1.2 million followers.

7. In Contrast To The Bachelor, Bachelor In Paradise Is Way Less Structured

"It is almost like being on an actual vacation," Stanton wrote. "You can wake up whenever you like on most days. Producers will put a mic on you, and then you're free to do whatever you want."

8. The Producers Have Clever Tactics For Recording Contestants At All Times

Many a contestant has spent time in the ocean, perhaps in an attempt to have a private conversation (since they can't wear their mics in the water). But the producers have thought of everything. "As soon as [producers] see two people out in the waves, they get their longest microphones and stick them out as far as they can get them," Stanton said.

Because contestants are in charge of handing out the date cards to whomever they want, things are a little unorganized. "On the show I had about a minute's notice for one-on-one dates, so last minute that I barely had any time to get ready," Stanton wrote. That's the reason why most people just go in the clothes they were already wearing. It's 0-60 from the time they get the date card to when the date begins.

10. Stanton Tried To Leave Paradise With Murray, But Producers Weren't Having It

"When Nick and Josh got into a fight on the beach, Josh and I discussed leaving," Stanton revealed about her time on BiP Season 3. The couple had figured they'd already found what they'd come there for, why stay for the drama? But Stanton said the producers offered them a date at a hotel if they stayed, and the chance to get some air conditioning and alone time won them over.

11. Murray Brought His Mom To The Fantasy Suite

Viewers didn't see this part, but Stanton said that after she and Murray spent time in the Fantasy Suite, Murray's mom showed up to meet Stanton ahead of Murray proposing to her. "The fact that we were all meeting at the Fantasy Suite, an intimate location where he and I just spent the night together, felt more than a little inappropriate," Stanton wrote.

In fact, she felt the opposite. "Nobody was encouraging me to say yes. If anything, the producers were telling me not to," Stanton said. "They'd ask me if I was sure this was something I wanted to do."

At the time, it was, but Stanton writes in her book all about why that decision was ultimately a mistake. Even through the lowest lows, though, Stanton said she doesn't regret joining this franchise. "[Going on The Bachelor] was the craziest yet most vulnerable thing I've ever done. It was the first time in a long time I made myself step out of my box," she wrote. And because she stepped outside that box, fans have a whole bunch of new BTS information about this wacky but beloved reality TV dating franchise — and a cautionary tale about bringing your mom over to the room where you just spent the night with your new partner.