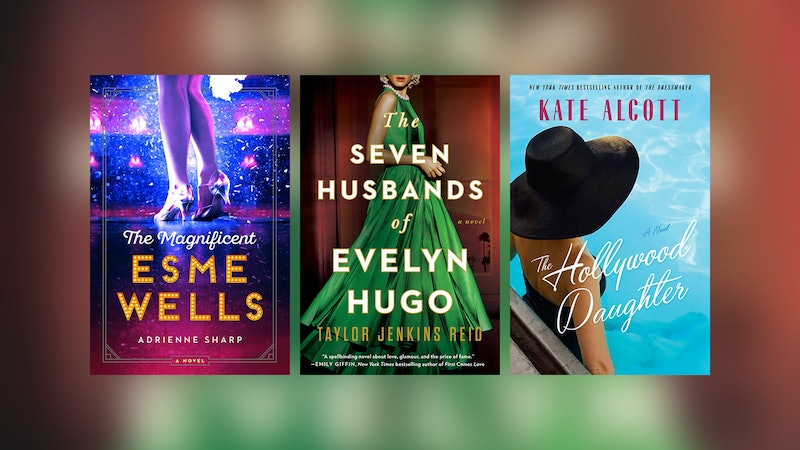 While I'm not as well-versed in classic movies as I'd like to be, I have an undeniable soft spot for Old Hollywood movie stars and their work. Films like Roman Holiday, starring Audrey Hepburn and Gregory Peck, Singin' in the Rain, starring Gene Kelly and Debbie Reynolds, and Pillow Talk, starring Rock Hudson and Doris Day, are some of my favorite films of all time. Earlier this week, Doris Day passed away at the age of 97, and cinema's Golden Age is definitely on my mind. I'm suddenly desperate to hunker down and while away an afternoon with a stack of films led by the likes of Jimmy Stewart and Katharine Hepburn.

But life waits for no movie marathon, so you, like me, might be looking for some stories about the glitz, glamour and undeniable drama of Old Hollywood in the form of historical fiction novels that you can read on your lunch break or during a morning commute. Well, look no further, because I've compiled 12 novels below, all set between 1917 to 1960 (the period most widely recognized as the Golden Age of Hollywood) that put big screen heroines at the forefront. Some of these novels tackle fictionalized accounts of real stars like Jean Harlow and Grace Kelly, while others create legendary actresses of their own, like Taylor Jenkins Reid's Evelyn Hugo. But all of them capture the magic of the bygone era: