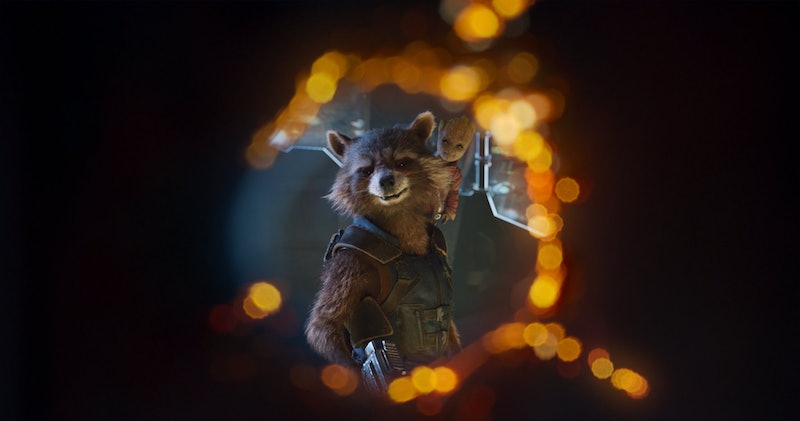 With all of the great new movies coming out in 2017, and there are a lot of them, none have me more excited than Guardians of the Galaxy: Volume 2. The first Guardians movie was a surprise hit for Marvel, as it took an unproven leading man in Chris Pratt and an unpopular comic book and translated them into one of the world's biggest movie stars and the third highest-grossing film of 2014, respectively. So naturally, the film's sequel has far greater expectations, and you should give Guardians 2 a chance even if it's not usually your thing.

While the first film in the franchise flew under the radar, at least at first, the new one doesn't have that luxury. Guardians of the Galaxy was so beloved (91 percent on Rotten Tomatoes) that the anticipation for the sequel is through the roof, and the movie's first trailers definitely have not disappointed. All of the fun, action, and humor that was present in the delightful first film appears intact in the new movie, as writer/director James Gunn seems to have kept whatever magic formula he used in creating the original. But even if Marvel movies aren't your bag, here are some reasons why you might actually like the new Guardians movie.

1. It's Not A Superhero Movie

Even though this is a Marvel movie, it's way different from its brethren. The characters don't act like superheroes because they're not really superheroes, they're basically a ragtag team of space pirates. Now doesn't that sound like fun?

2. It's Barely Part Of The MCU

Technically speaking, Guardians 2 will be the 15th film in the Marvel Cinematic Universe, but really it's the second movie in the Guardians franchise. Its connections to the other Marvel movies are very loose, and you definitely don't have to watch 14 other movies in order to follow the plot.

The first Guardians movie is probably the funniest movie from this decade, including "comedies." All indications are that the sequel will be just as funny, if not funnier, and who doesn't love to laugh?

4. It Boasts A Great Soundtrack

The first film had an excellent soundtrack full of '70s rock, and the sequel promises more of the same. Expect some classic tunes and forgotten treasures alike that will have you groovin' in the theater.

5. It Has Something For Everyone

The first film in the franchise was really a movie for everyone. There was humor, action, heart, romance, suspense — it's really tough to nitpick. And since the sequel will likely follow the same formula, you're pretty much guaranteed to find something about the film you'll love.

6. Its Women Are Badass

One of the main complaints about Marvel movies has been that many of the women don't have much to do other than be the protagonists' love interests. Not so here. Gamora is the most dangerous woman in the galaxy, her sister Nebula ranks right behind her, and new big bad Ayesha looks to put both of them to shame.

7. It Has Major Diversity

Another complaint often lobbed at Marvel is that their movies are too white. Not so with this franchise, as three out of the five original Guardians are played by non-white actors.

8. It Has A Wonderful Cast Overall

Everyone in the film is great. From Guardians members like Zoe Saldana, Bradley Cooper, and Vin Diesel, to newcomers like Kurt Russell, Elizabeth Debicki, and Sylvester Stallone, chances are there's an actor you love in this movie.

I realize he's a member of the cast, but he deserves his own entry. Pratt was born to play Peter Quill, and the first Guardians movie transformed the immensely likable actor from that guy on Parks & Rec into an international movie star. It's Pratt's most iconic role, and if you want to see the actor in his prime element, then you need to give Guardians 2 a chance.

10. It Has Kurt Russell Playing Planet

When was the last time you saw a legendary actor play a planet in a movie? Not only that, but a living planet? Who's Chris Pratt's dad? That's what I thought.

11. It Co-Stars Kirk From 'Gilmore Girls'

You wouldn't think there was much crossover between Guardians and Gilmore Girls, but you'd be wrong. Director James Gunn's brother, Sean Gunn, may be best known for playing Stars Hollow's quirkiest resident, but he also brings his same style of humor as the alien Kraglin in the Marvel films — and he's got an expanded role in the sequel.

He's literally the cutest character of all-time. How could you not love him?

If you're not convinced by now that you should check out Guardians of the Galaxy: Volume 2, then I don't know what to tell you, other than you'll be missing out on what could be the best movie of the year.