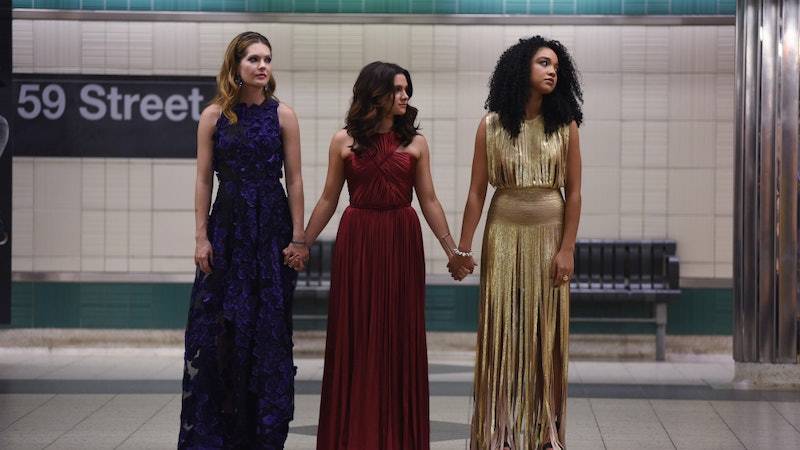 They don't call it The Bold Type for nothing. The Freeform series, currently airing its second season, follows three women in their 20s working for the fictional Scarlet magazine, and it never shies away from a controversial topic or the raw emotions that accompany it. From tackling gun control and sexual assault to inspiring women to take over their own sexual pleasure and fight for their career choices, The Bold Type has had so many empowering moments that've resonated with both the characters and fans of the show.

While portraying the mistakes and pitfalls that can often come with being a woman in your 20s, the series always leans in to those struggles and mines something inspiring out of them. The most painful breakup of your life can open the door to your professional destiny, for instance. Or: you can be the most powerful woman in a board room while also accessing your vulnerability and using it for good. And while the show is not always accurate when it comes to showing modern magazine journalism, it often rings true on the emotional front. The Bold Type speaks to the soul in all the right ways, and here are some of the most badass, groundbreaking moments of the series.