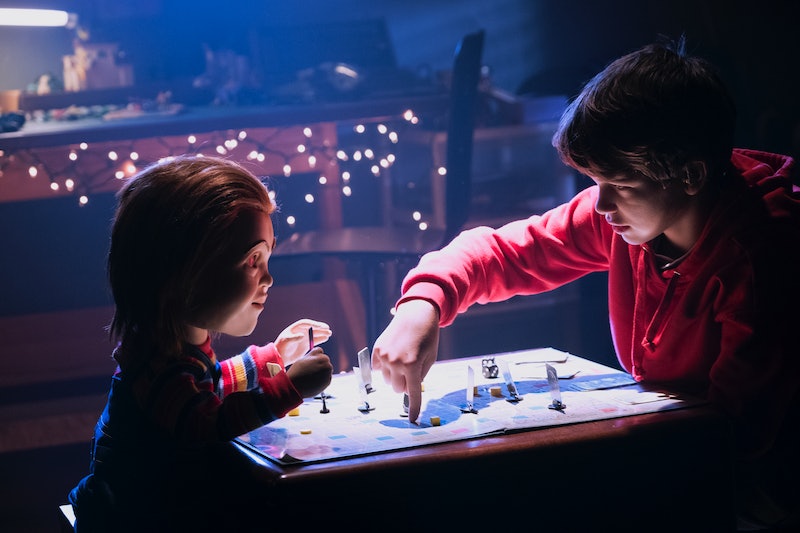 With the new reboot of Child's Play, Hollywood adds yet another terrifying doll to the annals of moviedom. There are loads of horror movies about toys, almost as many as there are about creepy kids, making it one of the genre's favorite subjects. There's just something about turning the things that seem the least threatening — like toys and children — into terrifying monsters. The new Child's Play continues that tradition, but in a way that sets it apart from previous killer doll movies.

In the original Child's Play, Chucky was a doll that was inhabited by the spirit of a serial killer thanks to a curse. The new film, however, does away with that plot completely. Instead, this Chucky is a high-tech doll from a new line of toys called "Buddi." Buddi dolls effectively act as Amazon Echos on steroids, with the ability to control all of your home's smart devices while also acting as an artificial companion. But the Buddi doll from the film, nicknamed Chucky, isn't much interested in being anyone's friend, and he uses his connectivity abilities to wreak havoc on all who get in his way. That's a far cry from a doll simply coming to life, but with the preponderance of high-tech toys these days, it's a change that makes a decent amount of sense.