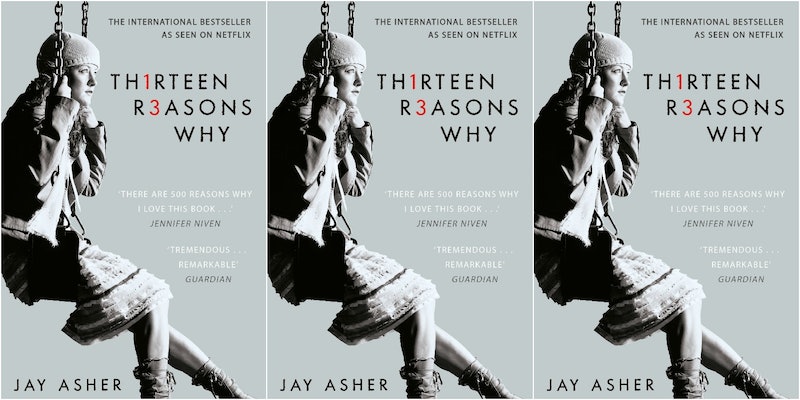 Jay Asher is back in the news again. The 13 Reasons Why author filed a defamation lawsuit against the Society of Children's Book Writers and Illustrators (SCBWI), claiming that there was little or no investigation into allegations of sexual harassment made against Asher, which resulted in the SCBWI's "announce[ment] that he had violated the professional organization’s anti-harassment policy," according to The New York Times. Now, "Asher is seeking a jury trial and unspecified financial damages" from the SCBWI.

Asher was one of several children's and YA authors and illustrators who were publicly accused of sexual misconduct as part of the #MeToo movement. Published in February 2018, one Medium exposé on "Sexual Harassment in the Children's Book Industry" revealed stories of alleged bad behavior on the parts of Sherman Alexie (The Absolutely True Diary of a Part-Time Indian), James Dashner (The Maze Runner), and Daniel Handler (A Series of Unfortunate Events).

Allegations against Asher predate the Medium piece, however. In April 2017, seven women in SCBWI emailed the organization's executive director, Lin Oliver, claiming that "Asher had used the group's conferences to prey on women sexually, then threatened them to intimidate them into silence, making them 'feel unsafe to attend SCBWI events,'" according to The New York Times. Asher recently released a statement through his spokesperson, outlining his response to the accusations. As reported by Vanity Fair, the statement reads, in part:

In April 2017, Mr. Asher voluntarily agreed that he would no longer attend S.C.B.W.I. conferences . . . This was in response to many years of harassment from a group of authors with whom he had consensual relationships that ended with some hurt feelings when they learned about each other.

Asher claims that the seven women were his colleagues and former lovers, with whom he engaged in extramarital affairs. One of the women, he says, coerced him into having sex with her, and has harassed him in the decade since their relationship dissolved.

After the SCBWI made its pronouncement of Asher's guilt, The New York Times reports that Asher's "literary agency dropped him, speaking engagements and book signings evaporated, and some bookstores removed his novels from their shelves." Asher's lawsuit claims that Oliver "made false and defamatory statements about him that torpedoed his career, and caused financial harm and intentional emotional distress."

The most alarming claim Asher makes in his case is that "Oliver and her organization never properly investigated the complaints against him and ignored exonerating evidence." From The New York Times:

In the complaint, Mr. Asher contends that “an individual upset over Plaintiff’s success” was behind the emails to Ms. Oliver, and that in June of 2017, one of the seven anonymous women contacted Ms. Oliver and told her that the allegations made in April were false.

The lawsuit further states that Mr. Asher provided the organization with evidence that one of the authors of the emails had “sexually coerced him at a SCBWI Conference” and had been harassing him for more than a decade.

None of this is to say that Asher is innocent or guilty, or that Oliver handled the situation properly or bungled it entirely. Regardless of what the proper course of action was in Asher's situation, the author's decision to sue the SCBWI could discourage the organization to take accusations seriously in the future. And that's not the kind of future we want.