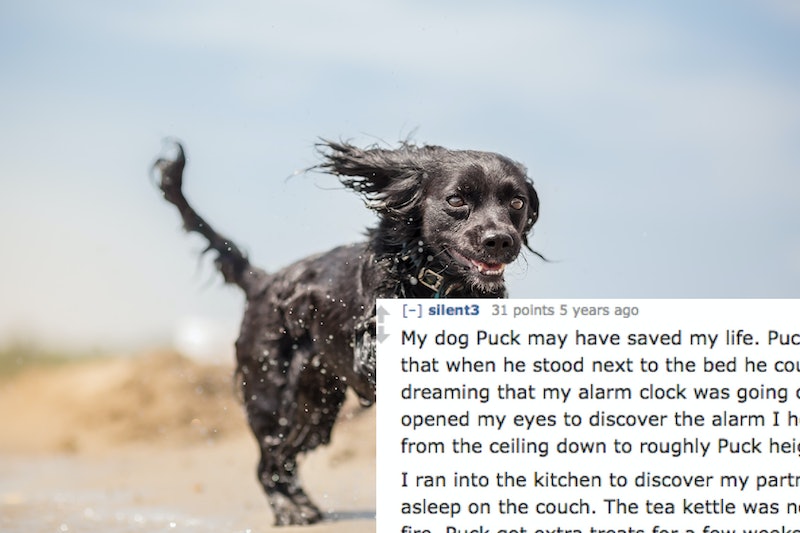 There’s a reason dogs are so often referred to as humankind’s best friend — or, perhaps more accurately, many reasons. If there’s one thing the sheer volume of badass things dogs have done to, for, with, or in spite of their humans proves, it’s that they’re definitely worthy of our love and respect. Yes, even when they’re being mischievous. Because, I mean, sure, dogs who manage to escape the confines of the family home by figuring out how to open the garage door may be kind of annoying… but dang, that’s impressive.

Indeed, dogs are a lot smarter and more perceptive than we often give them credit for. Studies have found that they’re “brainier” than cats, that they’re capable of lying to their humans to get what they want, and that they can be kept awake at night by their worries just like humans can. But then again, given the huge number of heroic, hilarious, and outright astonishing things we’ve heard of dogs doing, their smarts perhaps shouldn’t come as a surprise.

Indeed, stories demonstrating the gumption of our faithful, four-legged friends are widely spread across the internet and the world. Sometimes they go viral, becoming huge cultural sensations; sometimes they merely exist as smaller parts of larger discussions about the incredible things dogs can do; but either way, they’re notable all the same. These 13 dogs, for example, have done everything from save their humans’ lives to fight off animals that are bigger and more vicious than they are. Talk about some very good boys and girls!