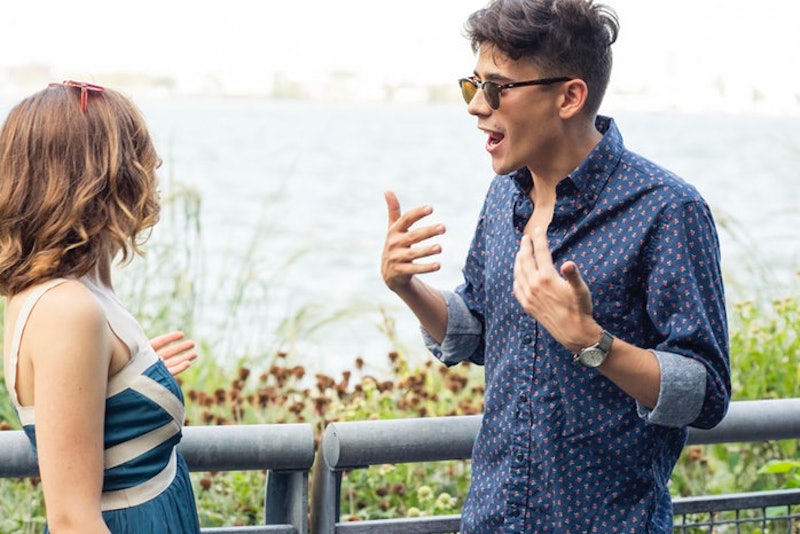 Arguing is never fun, yet is usually a given when it comes to relationships. However, if you think back to arguments you’ve had in the past, some arguments probably went better than others. For instance, did you and the other person speak to each other calmly? Or was it a shouting match, where you could not even hear yourselves think? At the end of the day — or argument — you want the outcome to be productive. Well, if you’re looking for healthier ways to do so, there *are* ways to argue fairly in a relationship.

“No relationship is without fighting and arguing,” Harper Robinson, a lawyer at Zurica Law in Bedford Hills, NY, tells Bustle. “People tend to believe that fighting with your partner signals a bad relationship. However, keeping your anger in doesn’t get you anywhere, especially in a relationship. Arguing is normal, even healthy, as long as you’re fighting fair.”

As Robinson says, arguing can be healthy, but it’s all about how it’s done. Below, lawyers weigh in on how to argue fairly in a relationship. So the next time you happen to be arguing — or even before you begin — you can keep the following tips in mind.

More like this
18 Personality Traits Of A Cheater, According To Experts
By Carina Wolff and Lexi Inks
The 19 Best Tweets & Memes About Bisexual Awareness Week
By Lexi Inks
10 Ways To Be More Empathetic To Your Partner
By Raven Ishak and Lexi Inks
Are Quality Time & Gift-Receiving Love Languages Compatible?
By Lexi Inks
Get Even More From Bustle — Sign Up For The Newsletter