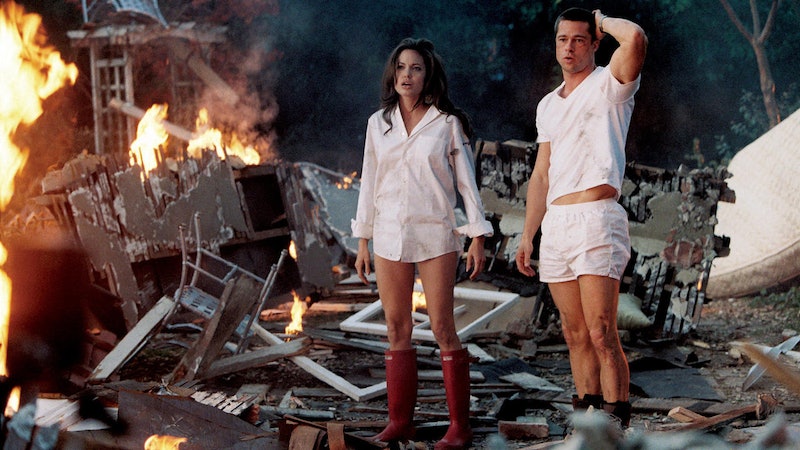 Could you be having better sex, a better orgasm, or a better relationship? How often do you actually hear the nitty-gritty details of how you might actually achieve those things? According to Vanessa Marin, sex therapist, it helps to go into the specifics of how to fight fair in a relationship, because no gender, sexual orientation, or question is off limits.

If you and your partner don't fight that often, but when you do, you feel they're "better" at fighting than you are, you may sometimes find you say mean things you regret and act more immature. How can you be sure to fight well in a relationship, getting your anger or resentments out without creating hurt or more problems?

According to Marin, Learning how to fight fair is one of life’s biggest challenges. It’s hard enough to communicate effectively when you’re calm; adding a layer of anger, hurt, frustration, or fear just makes it that much more difficult. It’s a tough task, but it’s one you can stand to tackle. Here are 11 tips for fighting fairly.

You may not realize it, but you’ve already taken a big step towards fighting more fairly — learning some of your bad habits. "We can’t make improvements until we have a solid grasp of what needs to be improved," Marin says. You said you have the tendency to say mean things and act immature. Is there anything else you would like to improve? What are your go-to moves during a fight? Think about your words and your actions.

It also helps to think about the situations that tend to bring out the worst in you. What do you guys tend to fight about? What words or actions tend to set you off? Are you more likely to act out if you’re tired, stressed, hungry, anxious, or busy? You know the phrase “set yourself up for success”? "We’re going for the exact opposite here — what are the dynamics that set you up for bad behavior?" Marin asks.

Marin suggests flipping this around a bit and take a look at what your partner does so well. They don't get petty, and they don't insult you. What else do you admire about their arguing style? What would you like to emulate?

This is a good strategy for preventing yourselves from even getting to the fighting stage. Try to address things when they’re minor annoyances, and don’t let too many things pile up on your shoulders before addressing them with your partner. The smaller your fights are, Marin says, the easier it will be to practice good fighting habits.

Now let’s turn to specific things to try during a fight. John Gottman is one of the pioneers in addressing effective communication. He has spent his entire career researching what works and what doesn’t in relationships. He created a model called "The Four Horsemen of the Apocalypse" to address the most common dynamics that drive couples apart. If there’s one thing you take away from this article, try to keep The Four Horsemen in mind during arguments with your partner. If you can avoid these four characteristics, you’ll be in pretty good shape.

The Four Horsemen are:

6. Pretend Your Partner Is Someone Else

"Here’s a funny little tip that I’ve found to be remarkably effective: when you’re in a fight, pretend that you’re arguing with your best friend," Marin says. "It’s my experience that partners tend to be harsher with each other than they are with anyone else." When we pretend we’re arguing with someone else, we tend to be more fair and generous.

Alright, so everyone knows this tip, but it’s still a goodie. When talking about your feelings and experiences, take ownership of them by prefacing everything with the word “I”. It sounds simple, but it’s amazingly effective. "It helps you recognize that you’re responsible for your own feelings, and it prevents your partner from feeling defensive," Marin says.

This is another one you probably also already know, but Dr. Marin says that doesn’t make it any less effective. Don’t blow the argument up by using the words “always” or “never”. It’s certainly not true, and it makes your partner feel instantly on the offensive.

According to Dr. Marin, there's no one way to fight fair. Different techniques work for different people, and it’s hard to know what works for you without giving it a shot. Look up other articles about fighting fair, and pick a couple of techniques to try. Try a month where you give yourself a 10 minute timeout before resuming the conversation. The next month, try having a weekly check-in with your partner. Talk to each other about what you like and what you don’t like, and come up with your own system.

Sometimes fights are unavoidable, and sometimes they get messy. It’s important to spend time trying to repair the rift once it’s over. That’s what helps us come together and feel like a couple again. Again, Dr. Marin says different things work for different people, but you might enjoy going on a walk together, saying some kind words to each other, or having make-up sex.

"Just a quick note that, like everything else in life, perfection doesn’t exist when it comes to fighting," Dr. Marin says. "Even with the best of intentions, there are going to be times where you’re at your worst." Forgive yourself, ask your partner to forgive you, and move on.

More like this
The Best Time To Date After A Breakup, According To Experts
By Bustle Editors
Are Virgo & Capricorn Compatible In A Relationship?
By Kristine Fellizar
20 Things You Should Never Tolerate In A Relationship
By Rachel Sanoff and Kathleen Ferraro
Why Virgo & Libra Can Make A Great Couple, According To Astrologers
By Kristine Fellizar
Get Even More From Bustle — Sign Up For The Newsletter

This article was originally published on June 1, 2016