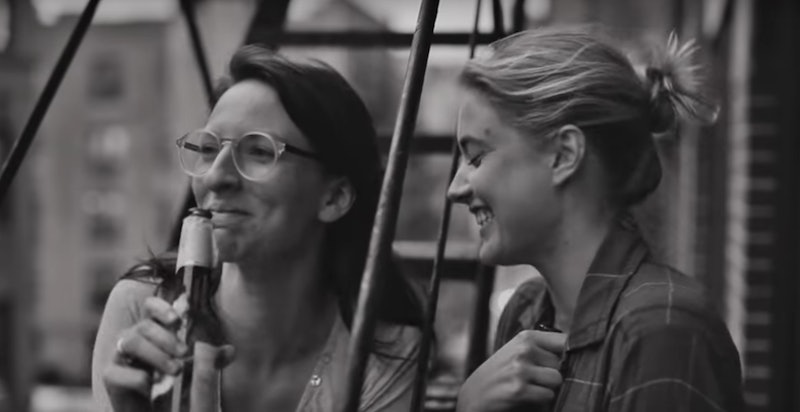 When Mercury turns retrograde, things have a tendency to go awry. Got travel plans? Maybe not anymore, thanks to Mercury. Running into some truly horrific tech issues that seem to call for an exorcist rather than an IT specialist? Blame Mercury. Is communicating difficult — or is it more difficult than it usually is, at least? That's right, the blame could be on Mercury. Sometimes it's just hard to communicate, but when Mercury decides to turn retrograde and make that even harder, it's totally understandable to want to avoid everything and just chill at home with a movie, where you can watch other people have those communication breakdowns and not have to suffer through them yourself. So in the spirit of indulging in a bit of escapism, here's a list of 15 movies you can stream during Mercury Retrograde that will give you some shelter from the rough vibes we're all floating in.

Generally speaking, Mercury moving into retrograde is seen as a majorly negative event, one that tends to throw things into chaos, especially interpersonal communication. This is because in the Roman pantheon, Mercury is the god of communication, travelers, and commerce, among a plethora of other things that — you guessed it — just so happen to be affected by Mercury's movement into retrograde. So, as the name implies, when a planet moves into retrograde, it appears to recede in our view from Earth. This leads people to believe that the feelings and practices associated with the given planet also begin to fade, or more precisely, become more difficult to maintain.

There are plenty of ways to think about what kind of movie makes into onto a "Mercury retrograde" playlist. There are comedies, which can serve as a fine distraction from all those awkward texts and emails. How about dramas or thrillers where it's one person versus a galaxy bent on destroying them? Relatable. Oh, and then there are sci-fi flicks about technology gone completely wrong. All of these could qualify, seeing as how Mercury turning retrograde affects all sorts of things, ranging from its oft-blamed interference in communication to its negative effects on technology and travel.

Point is, there are plenty of movies that fit the bill. But which ones truly satisfy in this, one of the most intense Mercury retrograde events of the year? Read on.

More like this
Andie From 'How To Lose A Guy In 10 Days' Is A Total Gemini
By Nina Kahn
11 Movies To Watch At The 2023 Sundance Film Festival
By Chloe Foussianes
Your 2023 Retrograde Calendar — & How Each Affects You
By Brittany Beringer
Here’s Everything Coming To & Leaving Netflix In February
By Jake Viswanath
Get Even More From Bustle — Sign Up For The Newsletter
From hair trends to relationship advice, our daily newsletter has everything you need to sound like a person who’s on TikTok, even if you aren’t.