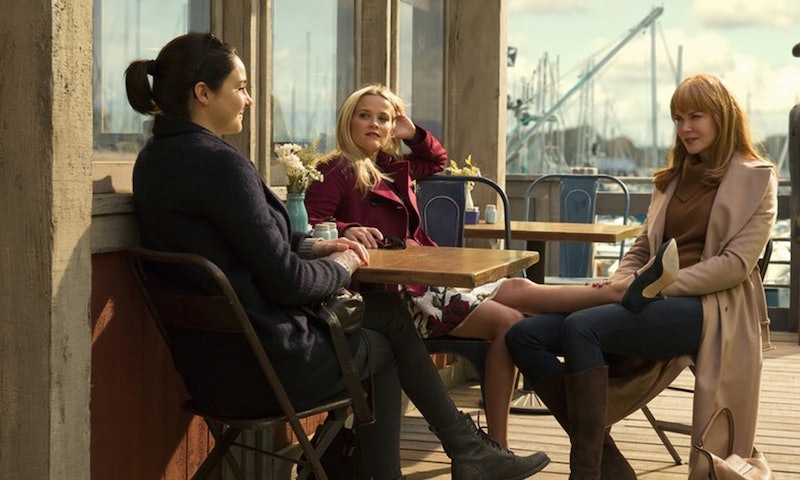 If there's a Big Little Lies-shaped hole in your heart, trust me, you're not alone. HBO's smash feminist hit officially aired its final episode, and fans are now forced to face life without Big Little Lies' epic female-centered storylines, gorgeous ocean views, and intense abuse storylines so often ignored in pop culture. Needless to say, the Big Little Lies withdrawal is real. And, because I can't magically make more episodes of Big Little Lies appear on your television screen, I've done the next best thing. Here are 19 movies Big Little Lies fans should watch if you're already missing the show.

Big Little Lies was so enthralling because it captured the complexity of women. Main characters Celeste, Madeline, Jane, and Renata were mothers, career women, friends, and about a million other things we didn't get to see. They held grudges, talked behind each other's backs, but also supported each other and fought for each other. In other words, Big Little Lies was a female empowerment show the likes of which we haven't really seen before. And, even though there's nothing quite like the show, these 19 movies for Big Little Lies fans come pretty damn close. All these films feature strong, three-dimensional women, and some even have murder plots too.

More like this
8 LGBTQ+ TV Shows & Movies Like 'Heartstopper' To Watch On Netflix
By Alyssa Lapid
Sandra Bullock, Girlboss Extraordinaire
By Matt Harkins & Viviana Olen
What’s New On Netflix: A Victoria Justice Rom-Com & The Return Of David Letterman
By Arya Roshanian
'Doctor Who’s New Star Is Already Huge On TikTok
By Maxine Harrison
Get Even More From Bustle — Sign Up For The Newsletter