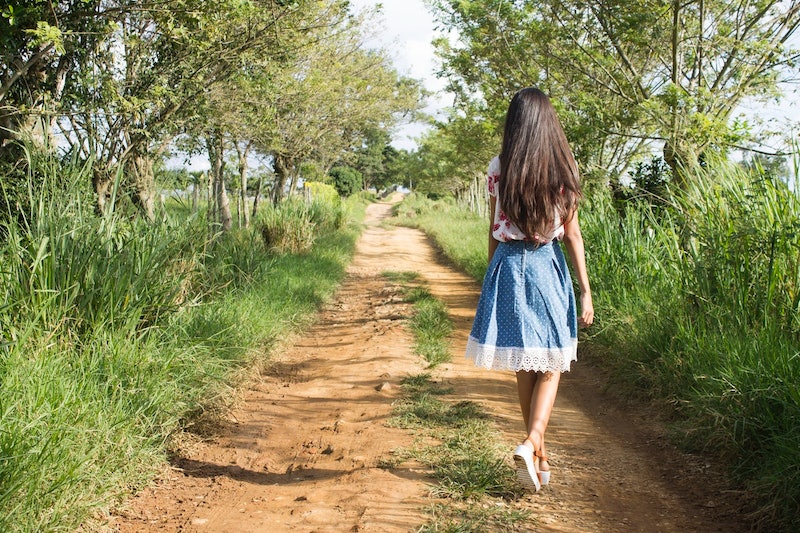 October 11, 2017, is the sixth annual International Day of the Girl. Started by the UN in 2012, the day was created to highlight the inequalities that girl children still face around the world. Like, for example, the fact that worldwide there are four million more girls out of school than there are boys, according to UNESCO. Or that two-thirds of the people in the world who are illiterate are women and girls. Or that almost a quarter of young women between the ages of 15 and 24 in developing countries never completed primary school.

I don’t think it’s too much of a surprise that girls and women worldwide still face a lot of hardship, from education to sexual assault to still not making the same pay as men for the same job. Misogyny is a very real and present danger to girls and women, no matter what country they live in.

And while it’s obviously important to pay attention to the negatives — you can’t make change without acknowledging what the problem is, after all — the International Day of the Girl is also about celebrating girls. Girls, who are so smart and capable. Girls, who are funny and interesting and interested. Girls, who — given the chance — can change the world.

Because despite everything that tries to keep them down, there is a lot of power in being a girl. While most women have learned through experience and trauma the limited space that the world expects them to inhabit, so many girls haven’t yet. They don’t know the things they can’t do. They want to be astronauts and presidents and famous ballet dancers. They rush headlong into the world because the world hasn’t told them yet that they can’t. A girl before she learns what she’s “supposed” to be as a woman is beautiful, brave creature.

So to celebrate the International Day of the Girl, it's important to do two things: 1) Donate to your favorite girl-centric charity, if you have the means. You can find a list of some great charities here. 2) Share one of these 23 awesome feminist quotes in order to celebrate the power of girls and women.

"There is no 'female mind.' The brain is not an organ of sex. Might as well speak of a female liver." - Charlotte Perkins Gilman

“I hate to hear you talk about all women as if they were fine ladies instead of rational creatures. None of us want to be in calm waters all our lives.” ― Jane Austen

"I myself have never been able to find out precisely what feminism is: I only know that people call me a feminist whenever I express sentiments that differentiate me from a doormat.” ― Rebecca West

“It's not my responsibility to be beautiful. I'm not alive for that purpose. My existence is not about how desirable you find me.” ― Warsan Shire

"For most of history, anonymous was a woman" ― Virginia Woolf

“One is not born, but rather becomes, a woman.” ― Simone de Beauvoir

"Does my sexiness upset you?/Does it come as a surprise/That I dance like I’ve got diamonds/At the meeting of my thighs?" ― Maya Angelou

"We cannot all succeed when half of us are held back." ― Malala Yousafzai

“Feminism has never been about getting a job for one woman. It's about making life more fair for women everywhere. It's not about a piece of the existing pie; there are too many of us for that. It's about baking a new pie.” ― Gloria Steinem

"I've never been interested in being invisible and erased." ― Laverne Cox

"If one man can destroy everything, why can't one girl change it?" ― Malala Yousafzai

“I'm not going to limit myself just because people won't accept the fact that I can do something else.” ― Dolly Parton

"Some people really feel uncomfortable around women who don't hate themselves. So that's why you need to be a little bit brave." ― Mindy Kaling

"Give a girl an education and introduce her properly into the world, and ten to one but she has the means of settling well, without further expense to anybody." ― Jane Austen

"Little girls are cute and small only to adults. To one another they are not cute. They are life-sized." ― Margaret Atwood

More like this
How To Fight For Reproductive Rights, Based On How Much Time You Have
By Courtney Young
Sandra Bullock, Girlboss Extraordinaire
By Matt Harkins & Viviana Olen
Lydia Leonard Is Setting The Record Straight
By Olivia-Anne Cleary
25 Manifestation Quotes From Lady Gaga, Oprah, & More
By Megan McCarty
Get Even More From Bustle — Sign Up For The Newsletter