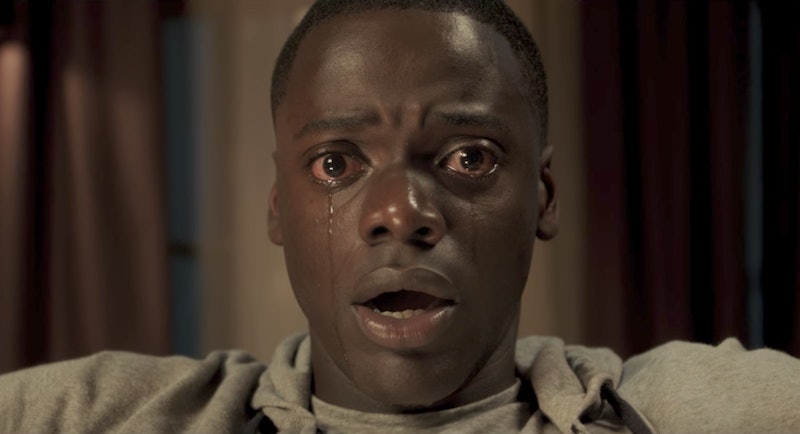 The time has come: another Halloween season is upon us. The air is crisping up, the candy and pumpkin spice goodies are flowing freely, and you may be getting a hankering to watch scary movies before Halloween arrives. While I can’t provide you with candy or a sweater to keep warm, I can recommend some of the best scary movies to marathon before Oct. 31. If you’re planning a movie marathon with friends, your significant other, or you’re going to brave these films by yourself, fear not: There’s something in this list just for you.

Whether you’re a total scaredy cat or your consider yourself a horror buff with a stomach of steel, the list of horror films presented here is going to hit a sweet spot. Want to keep it light, but you’re still craving a spook or two? Then pop in Cabin in the Woods and tickle your funny bone, while also covering your eyes at the scary bits (there are plenty). Or, are you looking to turn the horror dial all the way to 11 and really frighten yourself and your friends for the next week? Maybe you should consider Silent Hill or Evil Dead for your next scary movie viewing party.

Now matter which way you slice it, there’s something for everyone when it comes to horror movies. These ones are sure to delight, so take a stab at one (or all) of them.

Get Out, a recent critical and commercial hit, also proved to be one of the best horror films released in a long time. Layered in symbolic meaning, thematically rich, and featuring some truly unsettling concepts fueling the story, Get Out is a must-watch this October.

The mother of all found footage horror films is also one you can't skip over this Halloween: The Blair Witch Project. A masterclass in how to squeeze the biggest chills out of the most calm moments, this film will stay with you for a while.

Don't wanna stay in, curled up with a DVD? Would you prefer to head to the cinema to get your scares this Halloween season? Well, you're in luck because the latest adaptation of Stephen King's It is still in theaters, and yes, it's so scary it's more than worth the price of admission.

Tough choices abound in this gripping and gory thriller that started a phenomenal horror franchise.

One of the most artfully directed, carefully considered, and symbolically meaningful horror films of the 20th century, The Shining is unmissable. Plus, you get to watch Jack Nicholson at his most unhinged, which is always fun to do.

If you like your horror films with a bit of social commentary to add an extra layer of unnerving edge, then you need to have a screening of The Purge immediately.

Jason is one of the most recognizable horror villains, and watching him square off against Jamie Lee Curtis (a true scream queen if ever there was one) makes this film even more of a classic.

Freddy Krueger is another legendary horror film villain, so it's only natural that you indulge in the first film to feature him. Keep an eye out for a young Johnny Depp, who has one of the more memorable deaths that will definitely stay with you for a few days.

9. The Cabin In The Woods

Joss Whedon crafts a brilliant skewering of horror film tropes, much in the same way Wes Craven did in Scream, and he pulls it off marvelously. Plus, Chris Hemsworth is in this film, just in case you needed another reason to watch ASAP.

Silent Hill will mess you up in more than a few ways, so make sure you mentally and emotionally ready for the terror fest that ensues from the moment you press "Play."

A smart horror film with a lot more going on underneath the surface, It Follows is the movie you'll want to pop into the DVD player when your friends are clamoring for something original. Don't worry, they'll totally be satisfied.

12. Invasion Of The Body Snatchers

Invasion of the Body Snatchers has been remade ad nauseam, and while the Donald Sutherland version is itself a remake, this one is truly the best of the series. Buckle up because this film is nuts.

Rosemary's Baby might just send a chill down your spine as you as you watch. Try not to get too weirded out by the neighbors who are super invested in Rosemary's pregnancy or the fact that really odd stuff is happening the minute she conceives.

Before he tapped into the DC Cinematic Universe, Zack Snyder took a successful stab at the horror genre with the well-crafted remake of Dawn of the Dead. If you're going to get your zombie fix this October, do it with this film.

Prepare to never sleep again because The Grudge, even in its American remake form with Sarah Michelle Gellar at the helm, is truly, deeply, and sincerely creepy AF.

Johnny Depp and Christina Ricci go full Tim Burton-spooky for the live-action adaptation of the classic American short story The Legend of Sleepy Hollow. There's no better way to feel the chill of autumn than with this atmospheric horror flick.

As tender as it is psychologically traumatizing, The Babadook will put you on a rollercoaster of emotions you weren't prepared for.

A found footage anthology worth its weight in gold, V/H/S is next-level scary.

The American adaptation of The Ring is just as unnerving as the Japanese original and — bonus! — you get to watch Naomi Watts get scared out of her wits. What could be better than that?

What would Halloween season be without an annual screening of the very smart horror movie, Scream? Incredibly quotable with the right amount of humor and gore, this is the perfect film to watch with friends as you mainline Halloween candy.

The original Evil Dead had a bit of campy horror infused into it. The remake, however, is very gory, very gritty, and thoroughly chilling. Make sure to turn off all the lights for maximum spook effect when you watch this film.

Not only is the 1960 trailer for Alfred Hitchcock's horror masterpiece a true work of art on its own, by Psycho is actually a classic horror film you cannot skip this Halloween season.

It's cool and all to watch the Carrie remake starring Chloë Grace Moretz, but if you really want to scare yourself silly, you'll want to watch the original with Sissy Spacek. Trust me: You'll never look at the prom the same way again.

October is practically upon us, so what are you waiting for? Scoop up these scary movies and marathon 'em immediately.