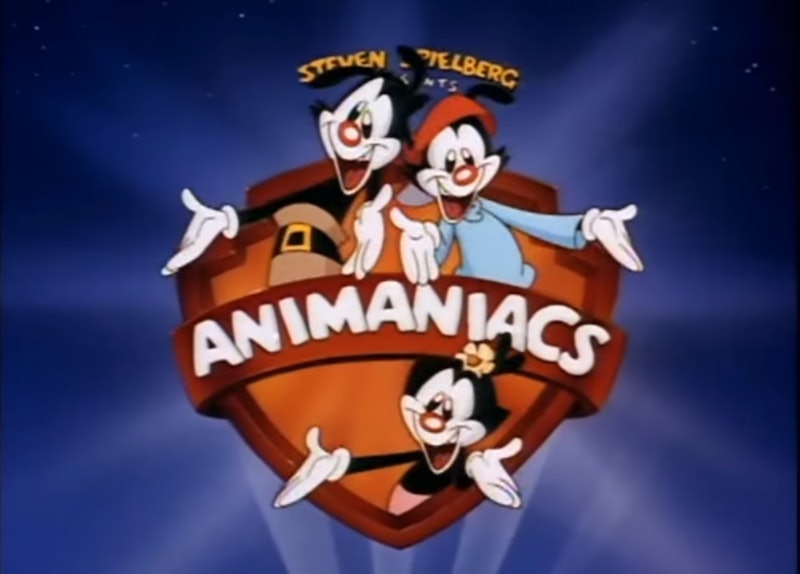 There are certain kids shows that are universally beloved. No one is ever going to forget about Rugrats, Doug, or Lizzie McGuire. But what about all of those nostalgic shows from your childhood that don't get as much love as they deserve? For every Are You Afraid of the Dark?, there's an Eerie, Indiana that's being left out of the conversation. That's why this list is being devoted to the unsung saviors of boring Saturday afternoons, the animated shows that kept you occupied over holiday breaks, and those live-action gems that taught you about sharing, caring, and surviving the weirdness of small town life.

From the hilarious madness of Animaniacs to the adventures of the Porter family in Land of the Lost, the '90s were full of underrated kids shows. It's time to delve deep into your TV-loving past and rediscover the series you totally forgot you were addicted to. Because you definitely loved these awesome shows, even though you don't think about them as much as you daydream about upcoming return of Hey Arnold!.

Prepare to be hit with some major nostalgia as you revisit these 29 shows from your childhood that never get enough love. Please note, this list will almost certainly lead to a YouTube spiral, and it will be amazing.

Animaniacs gave the world so much — the "Nations of the World" song, Pinky and the Brain, exposure to countless references to movies you didn't see until you were an adult — it should be appreciated accordingly.

Pre-school shows usually get left out of the nostalgia love, but these are the shows that taught you the most. Where would you have been without having Allegra to hang out with everyday before you ventured off to kindergarten?

If you've ever wondered why you have a soft spot for Howie Mandel, this show will explain so much.

The cuteness of Tasha, the most adorable baby dinosaur in all the land, must never be forgotten.

5. Under The Umbrella Tree

Even if you haven't thought about it in at least a decade, Holly's umbrella tree was a place where you learned how to let your imagination run wild.

Daggett and Norbert taught you that it was OK to be angry sometimes, and OK to laugh at beavers who are angry all of the time.

Eerie, Indiana was often far scarier than Goosebumps or Are You Afraid of the Dark?, it just didn't last as long as its contemporaries.

OK, the transformations were the stuff of nightmares, but seeing your favorite characters from the books on the small screen (almost) made the horror worth it.

The Mighty Ducks film franchise inspired a weird, but cool, cartoon about hockey-playing ducks from space. It had nothing to do with the movies, but it was still appointment TV.

Before he was a Baskets scene-stealer, Louie Anderson created a genuinely funny cartoon about his childhood.

This show captured the spirit of the book series perfectly. It's too bad it didn't last for more than 13 episodes.

12. Bear In The Big Blue House

Is it even possible to listen to "The Goodbye Song" without crying?

If you were lucky enough to catch Ready or Not, then best friends Amanda and Busy likely taught you everything you ever wanted to know about growing up.

Salute Your Shorts is a fun show, but so was its contemporary, Hey Dude — and it holds the special distinction of being the only reason why you've ever wanted to go to a dude ranch.

There's no getting around the inherent trippiness of Cow and Chicken, but the show's weirdness factor is what made it so entertaining.

16. Captain Planet And The Planeteers

Captain Planet is the Earth's hero. Without him, would you even know what recycling is?

Poor, Eek. He always wanted to help, but his efforts almost always ended with him getting hurt.

Watching Little Bear is like being wrapped in a warm hug. It was the show you could turn to when you wanted to be assured that the world was a safe and happy place.

Loonette is the only clown you were never afraid of.

You totally wanted a book-loving ghost to show up at your house because of this show.

21. The Mystery Files Of Shelby Woo

Shelby was the '90s answer to Nancy Drew, only way more awesome.

Goofy and Max were a father-son dream team. (Although, the world still wants to know who Max's mom was.)

23. Tales From The Cryptkeeper

You know you're a '90s kid when the Cryptkeeper's laugh makes you want to hide under a blanket.

Wishbone can never get enough love. This little dog instilled a love of reading into an entire generation.

KaBlam! was probably your first introduction to sketch comedy, and that's reason enough for the show to never be forgotten.

Friendship, horses, and weekly adventures — what more could you ask for?

This ingenious cartoon about monsters attending a scare school is by far the most underrated Nickelodeon animated series.

No one is cooler than Cousin Skeeter.

A perfect mix of scares and genuine emotion, So Weird was a genre show ahead of its time.

These 29 shows helped shape your childhood, and for that reason, they deserve to be cherished just as much as Rugrats and Hey Arnold!.