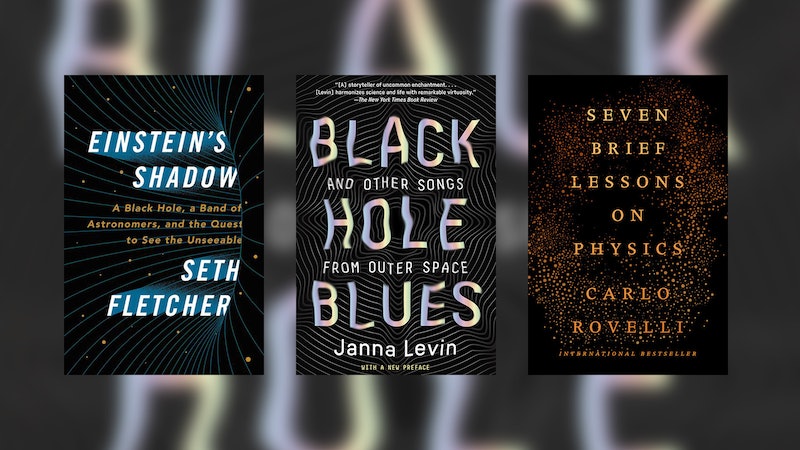 On Wednesday, astronomers from the Harvard-Smithsonian Center for Astrophysics revealed the first photograph ever taken of a black hole, capturing the attention space geeks worldwide. If the media brouhaha has you interested in learning more about what's out there, I've picked out four books to help you understand black holes.

I have always been a science-fiction fan, and I think that having at least a cursory interest in astronomy comes with the territory. I've spent hours watching meteor showers, and I freak out — and make a wish — whenever I see a shooting star. I was in the path of totality during the 2017 solar eclipse, which made me cry, and the 2019 lunar eclipse, which had me obsessively texting my friends with updates. In short, I love stars and the moon and the sun and whatever else is out there.

Naturally, I also love the fact that we now have images of an actual black hole — you know, a gravitational field so strong that not even light can escape it? Pretty hard to film those, but the Event Horizon Telescope has finally done it. The black hole is bigger than our solar system, and is "seven billion times more massive than the sun," according to The New York Times, but it poses little threat to the Earth. The image now flashing on screens across the globe shows us a glimpse of the galaxy Messier 87, which makes up part of the Virgo constellation, and which lies about 55-million lightyears away from the Milky Way.

If you're now obsessed with black holes and want to know more, check out the four books I've picked out for you below: