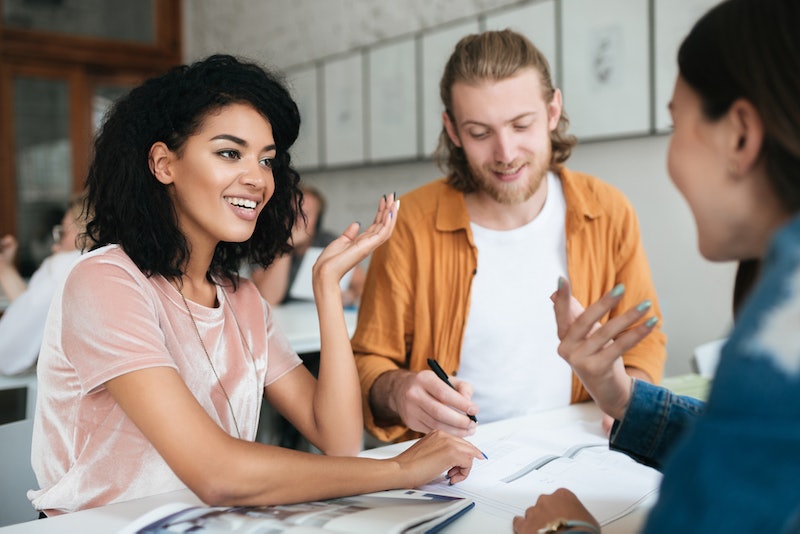 Despite what your Facebook feed might suggest, fewer and fewer people are having kids. According to a new report from Pew Research Center, 37 percent of childless adults don’t want kids and aren’t planning on having any in the future. In fact, a large majority of parents under 50 (71 percent) say they’re done having kids as well. Just a little fun fact you can whip out at your holiday gathering like, “SEE, Aunt Joan, it’s not just me.”

Why don’t people under 50 want kids? Well, mostly because they just don’t. For childless adults under the age of 50, 23 percent of simply state it’s because they “do not want to.” That works out to be more than one-in-five childless adults under 50. *Gasp* THE NERVE to state their reproductive wishes aloud! The same goes for parents who are done having kids: 40 percent of parents under 50 state they don’t plan on having more kids because they “do not want to.” *Double gasp* THE AUDACITY to exercise family planning!

The percentages shift when you look at demographics under 40 (aka Millennials and young Gen Xers). Fifty-six percent percent of parents under 40 say they are unlikely to have more kids. The same is true for three-in-ten childless adults under 40. So, while those numbers decrease some, there are still a significant number of younger people saying, “No more kids for me, thanks.”

As Pew’s report points out, these results seem to parallel recent data from the Center for Disease Control and Prevention (CDC) which states fertility rates are at an all-time low. With just 60.3 births per 1,000 women of childbearing age, fewer and fewer people are having kids. Medical risk and restrictions are certainly a factor for some. As Pew’s survey found, aside from simply not wanting more kids “medical reasons” were listed as the top reason for not expecting to have more children. While a significant number of people didn’t list “financial reasons” (six percent of those who listed “other reasons” for not expected to have kids), money certainly is a factor when it comes to future family planning.

The way millennials think of having kids has shifted from previous generations. As a series of interviews by the New York Times found, financial burdens came up repeatedly as a reason people didn’t want to have kids. Of the people they spoke to who “had or expected to have fewer children than they considered ideal,” 64 percent said “child care is too expensive” as the reason why. This was the number one reason in the Times survey.

The importance of maternity leave, even if you are not or do not plan on becoming a parent, is significant especially in terms of economic equality. Paid parental leave helps combat parenting double standards, workplace discrimination among new parents (specifically mothers), and is a step toward more robust conversations everything from mental health to workers’ rights to feminism as a whole.

The concept of “having it all” is changing, especially among young people. As Pew has previously reported, today’s young adults are more focused on education and jobs, with a larger share of millennials more likely to be working and having more education than their grandparents were at their age. Today’s young adults are also “more than three times as likely to have never married” than their grandparents were at the same age.

In turn, marriage and parenthood are no longer the sole signifiers of adulthood. For many young people, milestones that make them say, “Ah yes, now I am really an adult” involve financial independence or progress in their career. Basically, if we're going to keep culturally condemning people who don't want to be parents, we're going to have a whole generation of childless adults to answer to.