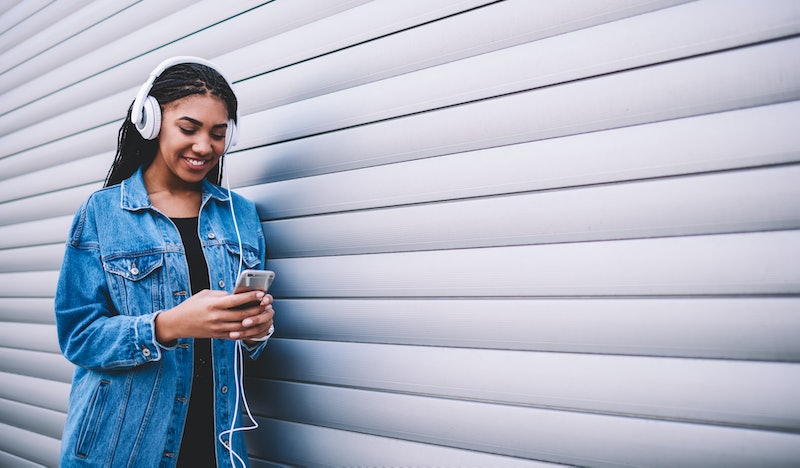 While Scorpio season might be named after a carnivorous arthropod that's small enough to get crushed under your shoe but deadly enough to kill you with single sting... it's not all bad news. Really. Scorpio is an intense zodiac sign, though, so you're probably still worried that the fact we're entering its astrological season means that we're headed for some passionate disasters... but if you're one of the zodiac signs that Scorpio season will affect the least, you'll barely feel the energy at all. While some signs are super sensitive to the bold energy that Scorpios can carry, other signs won't be fazed by it. Despite how people like to characterize the zodiac persona, the intensity that Scorpio signs bring to the table isn't negative.

Scorpios are intense. They get really into whatever they're doing or not doing, and when they're passionate about something, it's all they can focus on. Zodiac signs who can easily grow passionate about things they love are going to have a pretty big astrological season ahead of them between Oct. 23 and Nov. 22. But the signs that are already dialed into their own intensity, aren't going to be shaken. According to astrologer Didi Daze, who spoke to Bustle about Scorpio season, the following four signs have enough comparable Scorpio energy in their astrological make-up already that they don't have to worry about having any shake-ups this season.

In fact, the following signs might have a pretty harmonious Scorpio season on account of the fact that everyone around is on their level for once.

Cancer isn't worried about a thing during Scorpio season. In fact, according to Daze, love is in the air! So much so, you can count on a passionate adventure this month. While other signs are stressing or obsessing over little things thanks to Scorpios intense energy, Cancer has hearts for eyes and is floating on cloud nine in a new love or rediscovered passion.

You've got no worries Capricorn. Your energy is quite similar to Scorpio's energy, so this month will actually be a good time for you to "spread the love and reconnect with old friends to boost your merriments," Daze tells Bustle. For once, enjoy the fact that all of your friends are feeling as ambitious and as intense as you are. You might actually find that you're connecting with your friends and coworkers more than you ever have.

For everyone else, this season will probably be marked by shake ups in day to day life, but according to Daze, you can avoid getting caught up about the details in everything. So, just shrug it off, you have the power to rise above it all right now. If you feel the need to get involved in gossip or drama, remove yourself from the situation, take a walk, and remember that you're on a positive mission this month.

"Since the sun will be over your house of all things mystical and hidden, tapping into your inner knowledge — or mystic — could be really healing for you," Daze tells Bustle. So lean into any desires to reflect on issues or events in the past, now could be a really beneficial time for you to process it and move forward. Additionally, you might be able to help out some friends who could really use some of your wisdom during this time.