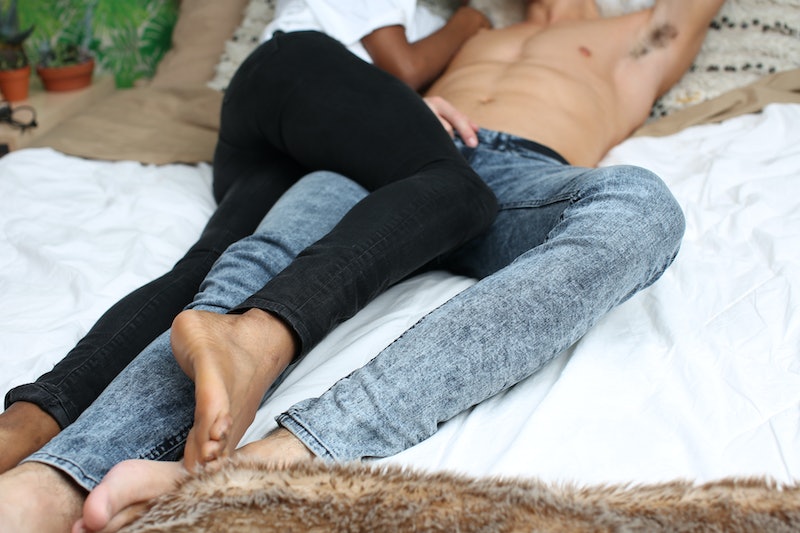 When you think of a sex addict, you might think of Michael Fassbender in Shame: someone, usually a man, who has a ton of sex with a ton of people. But the reality of sex addiction is far more varied, less sensationalist, and more human. Getting Off by Erica Garza gives an emotional glimpse into this reality.

Garza's story may sound unique on the surface, but in many ways, it isn't. It's the story of someone who experienced struggles nearly anyone can relate to and dealt with them using coping mechanisms that became destructive, like many have. It also clears up many common misconceptions about sex addiction. Here are a few of them.

Garza traces her addiction back to age 12, when she dealt with scoliosis and had to wear a back brace, which made her feel like an outcast among her peers. She used to wonder if she needed a bigger trauma to justify all the pain she felt. Especially as a woman, she felt she was expected to have a history of sexual abuse in order to become a sex addict. But we all have trauma in our pasts, if not in the classic sense, and all our responses to it are valid.

"I wanted to show that sex addiction can happen to anybody even under normal, stable circumstances," Garza tells Bustle. "Because [otherwise], if someone is struggling with sex addiction and they don't have that kind of trauma, they think 'something is inherently wrong with me,' then they don't feel safe telling their story." The more people with "ordinary" childhoods open up about their pain, the more everyone will realize their own pain matters.

Myth #2: All Sex Addicts Are Men

Many women are afraid to open up about their sex addictions because women are shamed for being sexual at all, whether it's healthy or destructive, says Garza. As a consequence, she believes we underestimate how many sex addicts are women.

"Men and women say pretty much the same thing. There's a feeling of powerlessness, a feeling of shame, and feeling isolated."

Since she began writing about sex addiction in 2014, Garza has gotten messages from many men and women struggling with the same issue, and she hasn't noticed any major gender differences. "Men and women say pretty much the same thing," she says. "There's a feeling of powerlessness, a feeling of shame, and feeling isolated." But as isolated as sex addicts may feel, they're not alone.

Myth #5: You Have To Swear Off Sex To Recover From A Sex Addiction

More like this
Are Virgo & Aquarius Compatible In A Relationship?
By Kristine Fellizar
How Do I Deal With Both ED & Premature Ejaculation?
By Sophia Benoit
The Best Time To Date After A Breakup, According To Experts
By Bustle Editors
Are Quality Time & Physical Touch Love Languages Compatible?
By Lexi Inks
Get Even More From Bustle — Sign Up For The Newsletter