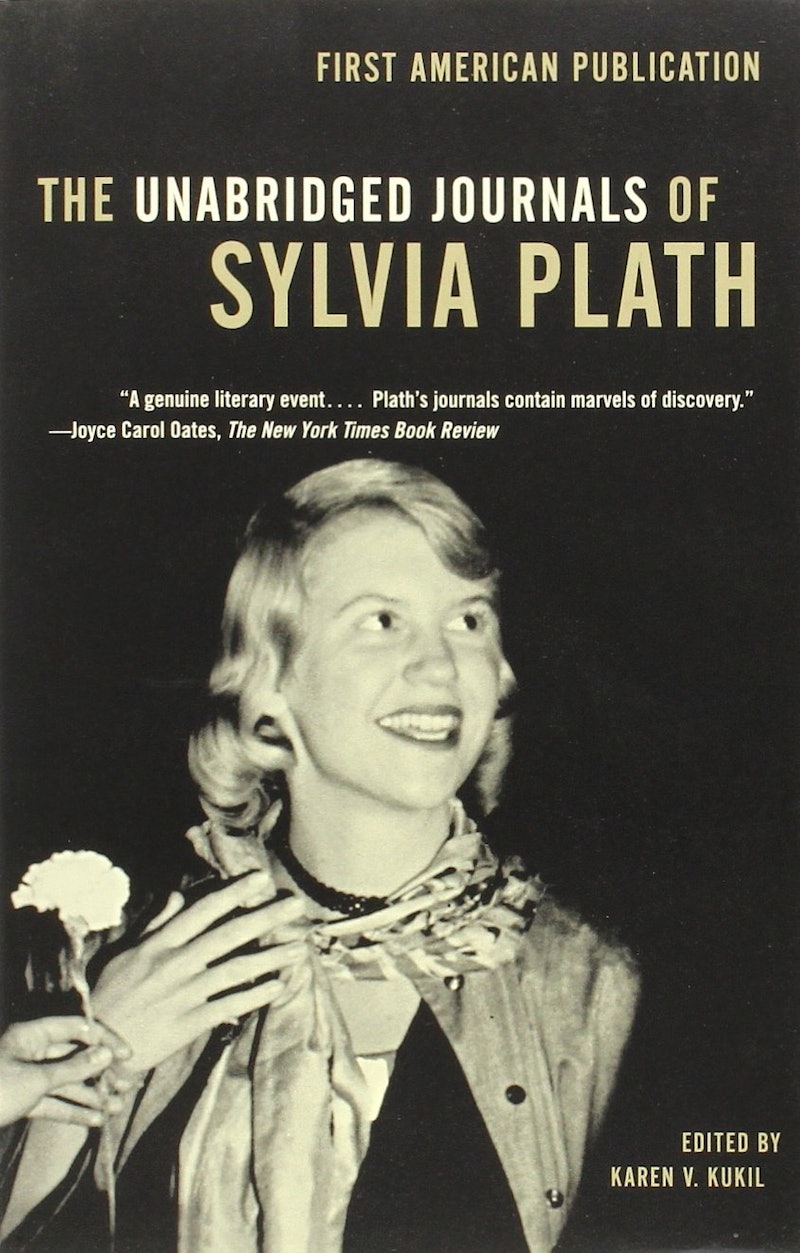 More than 50 years after her death, readers are still obsessed with Sylvia Plath. The author of The Bell Jar died in 1963 at the age of 30, and would have been 85 years old on Oct. 27, 2017. In honor of her birthday, I've picked out five Sylvia Plath poems to read and ruminate over.

Trigger warning: This article contains some discussion of depression and self-harm.

Sylvia Plath's literary career began during her student days at Smith College in Northampton, Mass. She worked as a guest editor for Mademoiselle magazine during her junior year of college, and later received a Fulbright Fellowship to fund her studies at Cambridge University's Newnham College, where she met fellow poet Ted Hughes. Plath published her first poetry collection, The Colossus, in 1960. Her only novel, The Bell Jar, appeared in stores in January 1963, to underwhelming response. Before her death, Plath began work on a third book, tentatively titled Double Vision, but the manuscript is now lost.

The Colossus and The Bell Jar were the only two of Plath's books to be published during her lifetime. In 1965, Hughes published Ariel — another, perhaps more famous collection of her poems — posthumously. In the years since, many volumes of Plath's journals and letters have appeared in print. May 2017 brought the discovery of new, previously unpublished Plath poems, to the joy of Plathophiles everywhere.

Today, Plath is known as much for her death as for her writing. By 1963, the then-30-year-old poet had spent a decade living with clinical depression and thoughts of self-harm. In 1962, the dissolution of her relationship with Hughes, whom she had married in 1956, prompted a major depressive episode, during which time Plath wrote the majority of the poems that would later be included in Ariel. Less than a month later, on Feb. 11, Plath took her own life.

In the years since her death, Sylvia Plath's name has become synonymous with both the tortured writer and the trod-upon housewife. Her work continues to be taught and discussed in schools and book clubs, and the revelation of her previously undiscovered poetry earlier this year shows that we still don't know everything there is to know about the famous writer.

To honor Plath's memory, I've chosen five poems from her body of work that you should read to celebrate what would have been her 85th birthday. Check out my selections below, and then share your favorite Sylvia Plath poems with me on Twitter!