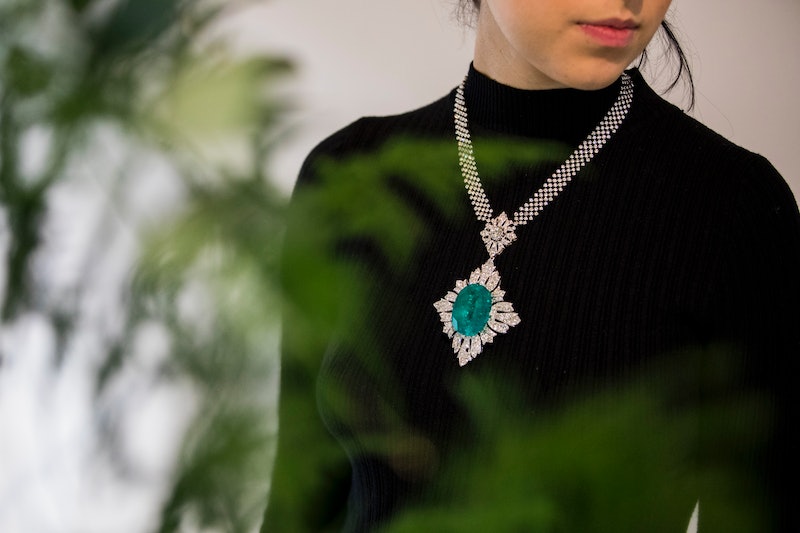 Starting on February 18, we officially move into Pisces season until March 20, which means that things are about to get seriously emotional around here. People born in Pisces season are the most empathetic and emotionally vulnerable people under the zodiac. So when the rest of us move into Pisces season, we're bound to feel the heavy effects on our psyche. To get through the next month unscathed, you're going to want to stock up on some specific crystals for Pisces season 2019, and also some tissues if we're being honest here.

Pisces season will force us to face ourselves with a rawness and openness that we might have been avoiding for some time. With the rush of excitement circling the new year and month thereafter, it's easy to focus on moving forward and charging ahead. But as we move into Pisces season, we'll be force to take pause and evaluate our feelings. Try not to get frustrated about the loss of momentum, for, if you take the time to address your emotional state, you'll actually find that you have an even stronger and more authentic motivation in the months ahead.

That said, the Pisces influence has the power to render you helpless under the weight of your own emotions of you don't have the proper tools prepared. Here I've put together a collection of crystals that will help you find emotional strength, while embracing your complete state of vulnerability. Whether you believe in the healing power of crystals or not, you can't deny that having something beautiful and smooth to hold onto can be a great grounding anchor in the midst of a trying moment.