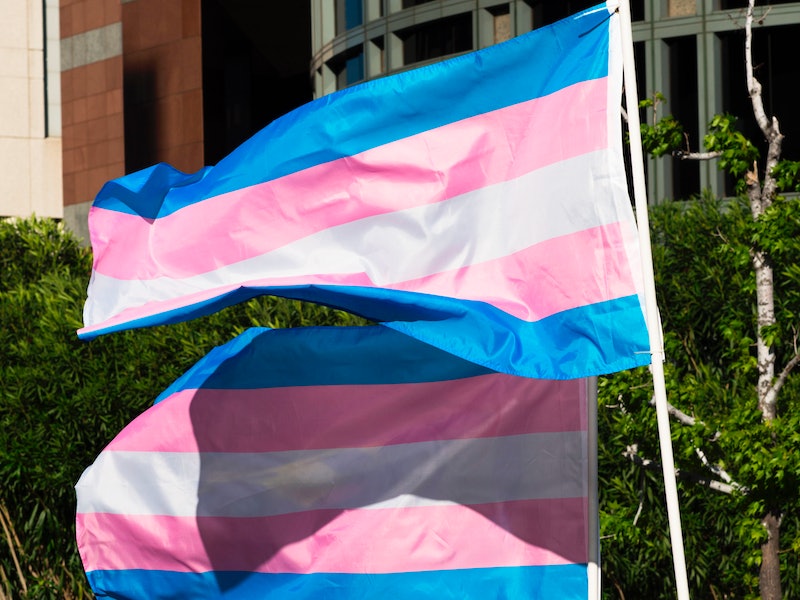 Despite the hard work of trans activists and allies, The Sunday Times reported that a leaked document indicates the government is set to scrap reforms planned for the Gender Recognition Act (GRA). Proposed measures, drawn up under Theresa May’s government, set out to enable transgender people to change their birth certificate without a medical diagnosis. The revelation is a huge blow to the UK's trans community, but below are some of the ways you can help them at this time.

The proposed reforms to the GRA would have made the lives of trans people in the UK considerably easier. The amended act would enable people to change their birth certificate without the difficulties and trauma associated with medical diagnoses. The reforms would have also meant moving away from from a system that classifies those who identify as trans as having a mental illness.

In response to the rumoured scrapping of these reforms Amnesty International’s Women’s Rights Programme Director Chiara Capraro explained how it would send "a chilling message that the UK is a hostile place for trans people." Nancy Kelley, Chief Executive at Stonewall said that the report is, "extremely disappointing if accurate," adding, "this is another blow to our community during a difficult time."

Below are six ways in which you can support the UK's trans community in fighting to keep the GRA reforms in place.

Your first port of call, as with all political issues, should be to arm yourself with information by reading articles, searching for books, and seeking out resources to help you better understand the history of trans rights. As with all members of oppressed communities, it's not the responsibility of trans people to educate you — that's your job. Organisations like Mermaids UK, Gendered Intelligence, and publications like Pink News have a number of resources to get you started.

Listen and learn from the voices of trans people. Social media can be an effective tool to disseminate information without having to answer to gatekeepers. Listen to those using their platform to advocate for trans rights: Munroe Bergdorf, Travis Alabanza, Christine Burns, Roz Kaveny, Freddy McConnell, and Prof Stephen Whittle, to name just a few, will add powerful voices to your feed.

Signing petitions and writing to MPs is one way to get the attention of those in power. Right now, LGBT+ Labour are asking people to share their name, email, and postcode via this form so they ask your MP to write to Liz Truss, Minister for Women and Equalities, in support of GRA Reform on your behalf.

If you would like to write to your MP directly, Stonewall has published a detailed and user friendly guide on how to get in touch with them and what to say.

In addition, Munroe Bergdorf is asking for support in having tweets posted by Baroness Nicholson of Winterbourne, a Conservative Life peer, investigated by House of Lords official Commissioner for Standards. You can visit this website for more information on how to do so.

There is also currently a petition of change.org to reverse the decision to scrap reforms to the GRA which is in need of signatures. There is a similar petition on 38 Degrees you can sign also.

Charities across the globe are feeling the brunt of the coronavirus crisis, in a time when they're needed more than ever. One way to show your support to trans charities is to donate whatever you can afford. To name just a few you could check out, there is:

Showing up physically for trans people and their rights is a huge way to offer support. If you are healthy and able, and you take all the right precautions in regards to COVID-19, then consider attending a protest in your area that demands trans rights are recognised and respected. Below are just a handful happening over the next few weeks, but you can search “trans rights protest” on social media to surface protests near you.

6. Let Your Trans Friends Know You Love & Support Them

The conversation around trans people's rights and humanity is draining and disheartening for trans people, and may well take a huge toll on their mental health . Check in on your trans friends and let them know that you're there for them, you see them, you are there to listen.

This article was originally published on June 22, 2020