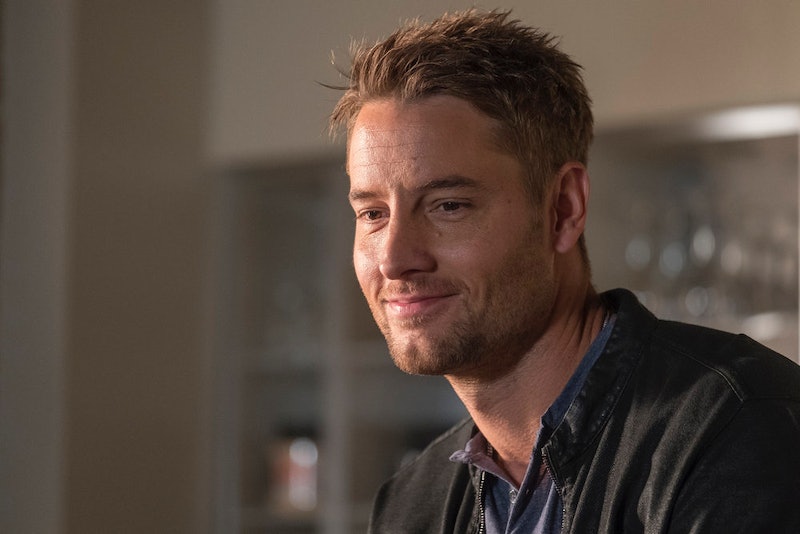 As one of the most beloved series on television, This Is Us has stolen the hearts of America with its heartwarming and emotionally-driven storylines. While many fans have found themselves attached to just about every member of the Pearson family for one reason or another, there are some in the brood who leave little to be desired. Take Kevin, for example, while he's certainly handsome and somewhat charming at times, there are several reasons why Kevin on This Is Us is the worst character on the show. This by no means places fault on actor Justin Hartley, who flawlessly morphs into the role of Kevin week-after-week, it's just that the character's temperament feels so difficult that it's often hard to relate to him on a personal level.

Whether the scene features Kevin as a youngster or adult, watching him can leave viewers in the predicament of not knowing how to feel about the character and his on-screen dilemmas. Between having the perfection of Randall as his brother and the heartwarming aura of Jack as his father, Kevin just doesn't seem to fit into the feel-good nature of This Is Us' familial landscape and there are several reasons why.

It's easy to see how Kevin as a hot, young actor would be totally full of himself. However, there are many times when he seems to let the Manny fame completely go to his head. His actions appear to be extremely deep-rooted as the trait seemingly dates back to his teen years as a high school football star.

It's certainly evident that Kevin has had quite a tough time reconciling with his father's death and it often shows as he acts out in his adult years. Since his youth, Kevin has seemingly attempted to avoid dealing with his Jack's passing which has definitely stifled his progression as grown-up. While his underlying issues certainly don't make him a bad person, the situation does lead him to project negativity onto others who don't always deserve it.

Although he may just have a different way of expressing his emotions, Kevin is the least likely member of the Pearson family to shed a tear during tragic events. As a teen, fans saw him pout and start fights during his father's funeral., making him one of the more disliked characters during that time.

4. He Believes The World Owes Him Something

During all stages of Kevin's life which have been explored on This Is Us, he always acts as if the world owes him something, making it hard to muster up sympathy for him when things in his life go awry. It seems that his "woe is me" attitude often translates into his relationships with those around him including his parents, siblings, and romantic partners.

5. He Can Barely Function Without Kate

Kevin often finds it hard to go though his life without his sister Kate's guidance. As twins, they certainly share and important and unbreakable bond. However, Kevin's codependence on Kate is definitely one of his more annoying attributes.

This one is definitely a deal-breaker. The only adopted member of the "Big Three," Randall, has consistently remained the best character on the show. On-screen he comes across as a doting dad, charming husband, intelligent, hard worker — and just an all around good guy. For those reasons, it seems that Kevin hasn't been able control his jealousy over Randall's presence and the strong bond that he's shared with their parents since they were children. With that said, however, it seems that Kevin and Randall’s relationship has more recently been on the mend which will, hopefully, give Kevin an opportunity to redeem himself in the future.

While Kevin certainly plays an integral role in the Pearson family's dynamics, his attitude is sometimes awkward and off-putting. And now that This Is Us is its third season, there couldn't be a better time for Kevin's character to finally change his ways — for good.