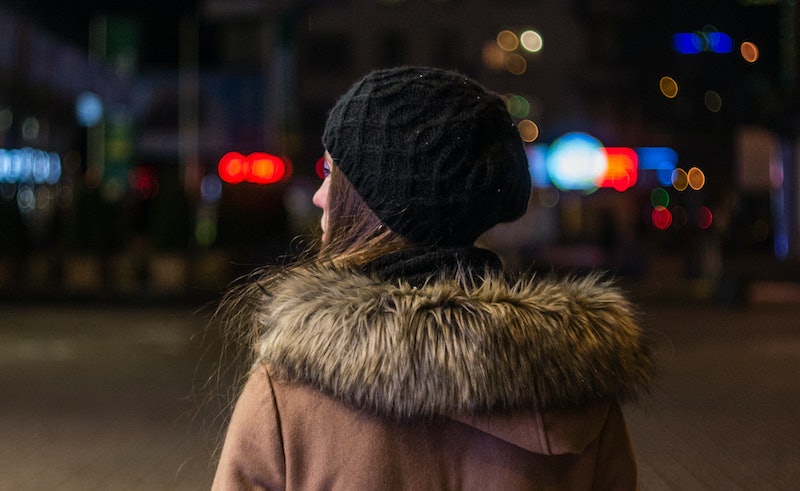 How can you spot a psychopath? Although there are many different characteristics of a psychopath to look out for, a 2015 study published in the journal Personality and Individual Differences did find that psychopaths tend to be night owls. As the study found, people with psychopathic traits seem to work better at night. So if you want to know if someone is a psychopath, their night time habits can possibly clue you in.

Although most of us have an idea of what a psychopath is, it's still important to get a clear definition of what traits typically categorize this personality disorder. Clinical psychologist, Dr. Danielle Forshee tells Bustle that psychopathy is a personality disorder that's "chronic, inflexible, typically begins in adolescence or early adulthood, and continues throughout one's lifetime." The term psychopath is also referenced as 'sociopath,' although its true name is Anti-Social Personality Disorder.

"Psychopaths can be very disregarding and in violation of the rights of others," Forshee says. "They can be aggressive physically, reckless, have a lack of remorse, be very impulsive, and can be very deceitful. They fail to conform to social norms with respect to the law. They usually destroy property, steal, they harass others, and are manipulative."

Because psychopaths do tend to be night owls, their before-bed habits can be a major tip off to this personality disorder. So here are some actual night time habits of psychopaths, according to experts.

More like this
What Dreams About Being Lost Mean, According To Experts
By Carolyn Steber
5 Crystals To Manifest More Money
By Megan McCarty
If Your Refrigerator Is A Mess, These 25 Organizing Products Can Help
By Courtney Young
Zosia Mamet Opens Up About Her Eating Disorder
By Zosia Mamet
Get Even More From Bustle — Sign Up For The Newsletter