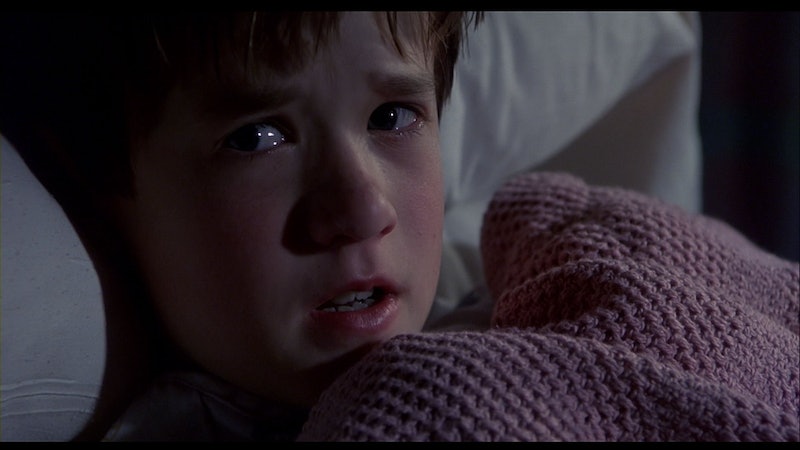 Screams and shrieks and monsters unleashed, that's what Halloween is made of. It's High Haunting season, and if you're not about to step out into the inky black of night for tricks and treats, there's just the thing to turn your own cozy home into a House Of Horrors — 64 scary movies to stream and spook yourself silly with. There are tried and true classics that created entire horror subgenres, like Night Of The Living Dead (which invented zombies), and plenty of cult favorites you may never have heard of, like Canada's first horror film, 1961's partly-3D The Mask. If you didn't have time to make a costume, enjoy someone else's, like Stage Fright's owl-headed, suit-wearing killer, or Alice, Sweet Alice's creepy clear clown mask/yellow trench coat combo.

And fear not; for those of you who are easily spooked, there are several slow-burning films more eerie than scary, including the doomed mermaid-related romance Night Tide, and the creepy character study Ex Machina (though you may have trouble trusting Siri ever again after watching). And if you're dying for more, there's also the documentary Cropsey, reinforcing that old chestnut that truth is more terrifying than fiction, and several based-on-a-true-story freakouts you'll probably wish had no basis in reality. Fire up the popcorn-maker and turn on all the lights, because this list will keep you waking in fright for weeks to come.