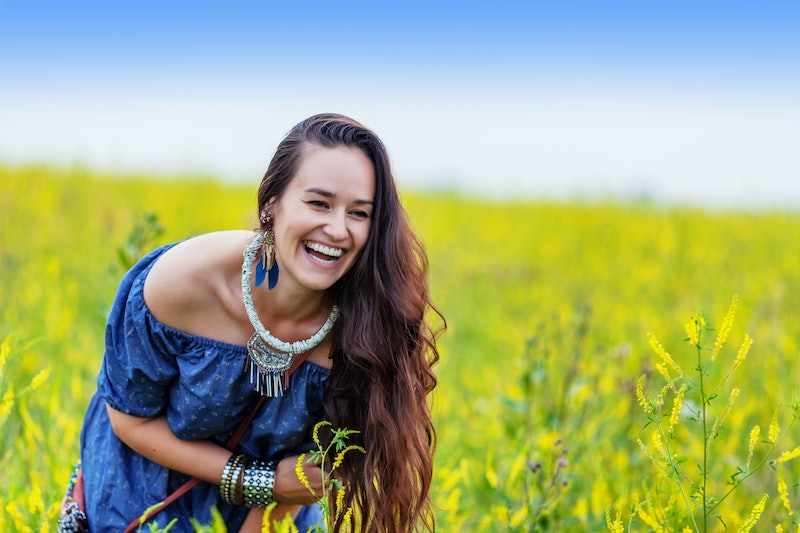 The cycles of the moon have more of an effect on us than many of us realize. It's weird to think that something happening so far away could change up our behavior or inspire us to act a certain way. But here's the thing: if we're open to how the moon might affect us, then we could experience some really positive changes. One of the more powerful times in the lunar cycle is a new moon, which appears as barely a sliver in the sky. Despite being fairly unimposing in the sky, though, a new moon packs a punch astrologically — and the August new moon is no different, if you consider these predictions.

A full moon is a time when emotions run high and pretty much anything is possible — you might feel a little bit more on edge than usual, with some obnoxious mood swings. A new moon, on the other hand, is a bit of a different energy. While a full moon is about wrapping things up and letting things go, a new moon is about stepping forward and doing something different. It makes sense — a new moon is the start of a new lunar cycle, so for us, it can be the start of something as well.

This August, the new moon will rise in the Virgo sign on Aug. 30. How will that new moon energy mesh with Virgo's pragmatic energy? Here's a look at some new moon predictions to get an idea of what you can expect: