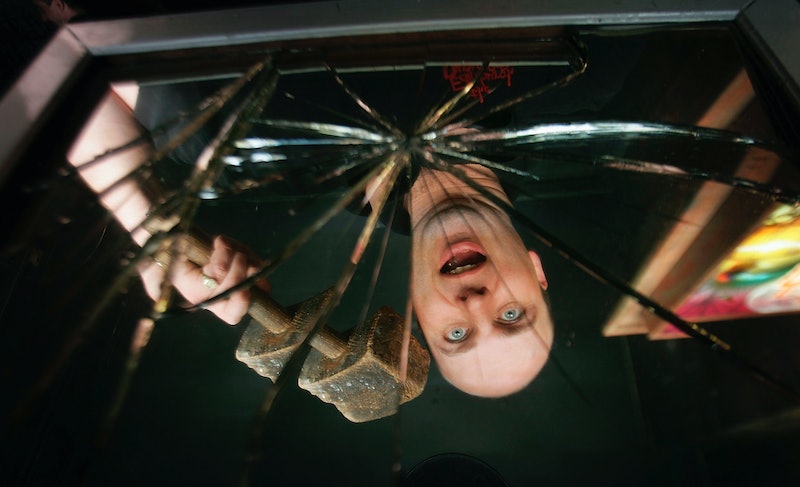 As Michael Scott once said on The Office, "I'm not superstitious, but I am a little stitious." That pretty much sums up my attitude toward Friday the 13th — I'm not going to hide inside my house all day, but if anything bad happens, I will be side-eyeing the calendar. We're lucky enough to have the 13th fall on a Friday twice this year. The first occurrence was in January, and the second is this week. You may be asking yourself whether creepy things actually happen on Friday the 13th. Experts say there's no evidence the day itself is unlucky, so you should probably just live life as you normally would. But, if you believe some of the most common superstitions, you'll likely avoid black cats, turn down anyone who asks you on a date and only open an umbrella outdoors. It can't hurt, right? If you're a bit of a rebel, you could also laugh in the face of fear and purposely break mirrors, step on sidewalk cracks and pull out gray hairs. Even though statistics aren't on the side of the superstitious, some pretty creepy things have gone down on Friday the 13th. Call it coincidence, but it's been a pretty grim day historically. You may want to grab a rabbit's foot as you read on.