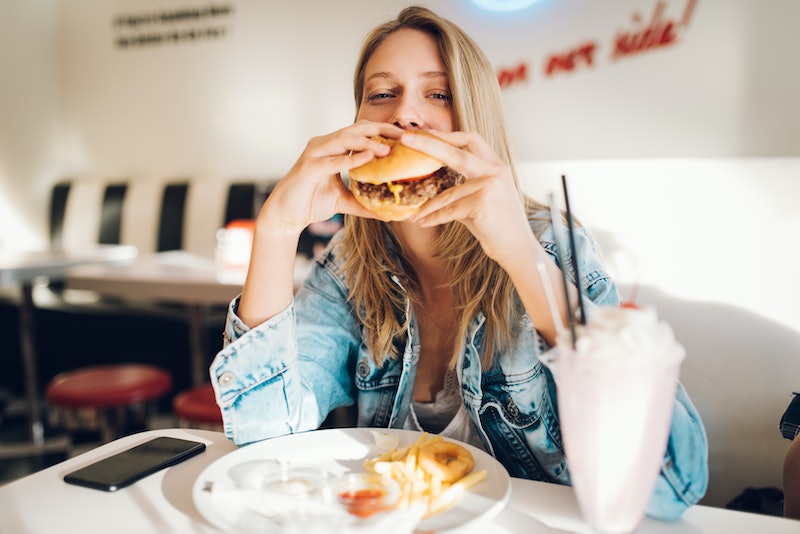 When you love a food enough, you might consider it an addiction. For example, you might have a serious need for your favorite fruit, or a certain kind of cereal. But when it comes to ingredients, spices, and other foods that are addictive, the word takes on a whole different meaning.

For foods that are "addictive", it's usually due to the fact "they release endorphins or 'feel-good' neurotransmitters that can temporarily make us feel less depressed, anxious, or emotionally drained," Dr. Suzanne Fuchs, a health and wellness expert, tells Bustle. "This process somewhat mimics what happens in our brains and bodies when addicted to drugs. The food triggers the reward center of the brain and causes a pleasurable sensation." If a food elicits this kind of response in your brain, you might become a bit dependent on it.

That's not to say, however, that it's similar at all to a drug addiction. A physical addiction is something you might struggle to quit despite its negative effects on your life, while a dependence means your body requires more and more of a substance in order to achieve the same affects — such as suddenly needing three cups of coffee a day instead of one, because you've developed a tolerance. You might also go into withdrawal if you don't get your fix.

Other "addictive" foods, however, tend to be more emotionally and mentally addictive than anything else. When someone says they're addicted to a food, they often mean they've come to associate positive feelings with it, and thus crave it as more of a comfort food. But, they could go without it without the effort it would take to break a physical addiction.

With those distinctions in mind, remember that craving a food isn't always a bad thing. With spices, for example, there's usually no harm in including them as part of your lifestyle, even if they have mentally addictive qualities. It is interesting, however, to learn more about how these foods can affect your brain, and why you might crave them. Here are a few foods experts say can make you feel addicted, either physically or mentally.