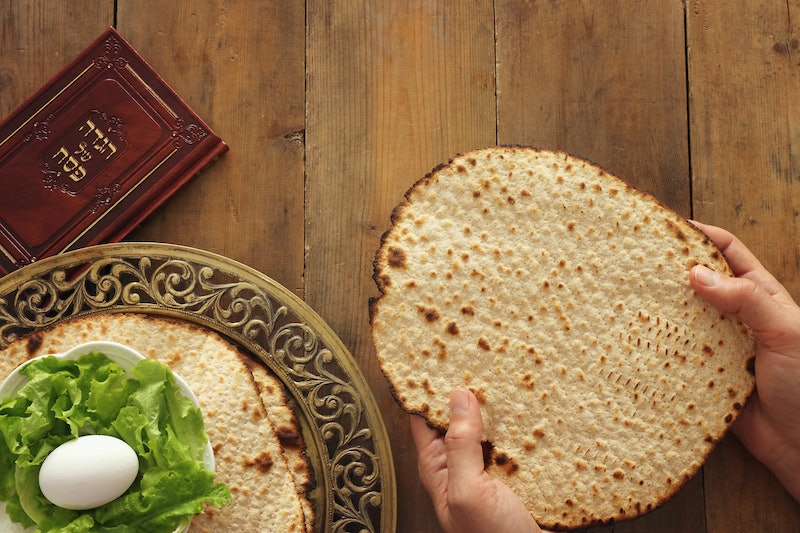 On Friday, Apr. 19, Passover begins with the first seder in the evening. If you're celebrating the Jewish holiday, you may spend the days from the 19th until the 27th (when Passover ends) dreaming about the food you aren't able to eat and thinking about the Jewish history that helped you be where you are today. And not to sound superficial or anything, but you might also be spending some time thinking about what you can post on social media to commemorate the holiday. After all, you can't just let the entire week go by without posting something about Passover. Whatever image you end up posting, you're going to want to also add a good caption with it. You could go for something more serious and sincere, or you could bring some humor to your page. There are lots of funny Instagram captions about Passover that anyone familiar with the holiday will fully appreciate.

And why not celebrate with something funny? Passover is, after all, a holiday that is all about freedom. It commemorates the Israelites' Exodus from Egypt and how they went from being slaves to being free, which is obviously a huge deal.

During Passover, people practicing the Jewish faith have a seder on the first two nights of the holiday. The seder includes traditional foods like matzah and maror (which is bitter herbs), as well as plenty of rituals and readings. One of the big things to know about Passover is that many adjust their diet for the holiday. Most people will stop eating food made with leaven, which is basically a lot of breads and grains out there that we all love. There are lots of other options, though, especially matzah, the unleavened bread that is the most popular food of the holiday.

As serious as Passover may be, it's still a celebration of freedom - and many can relate to the jokes about it that are out there. If you're looking to join in, here a few funny Instagram captions you can use for your photos: