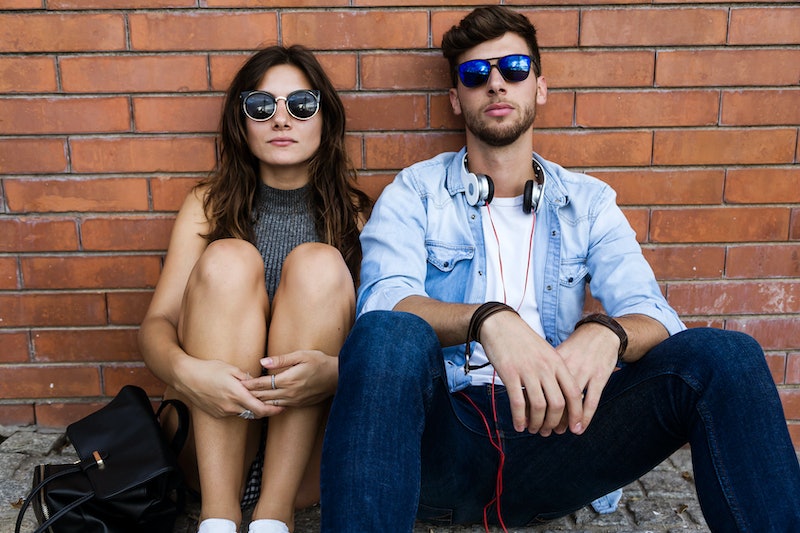 A lot of people want to jump into defining the relationship when, quite frankly, they're just not ready. It makes sense, because with people meeting on dating apps and perhaps dating multiple people at once it's hard to know where you stand in the early stages of dating. It can feel unstable and vulnerable — and that's hard. But make sure you don't just DTR because one of you is frustrated. “Far too many, relationship defining talks are initiated because one of the parties is upset about their nebulous relationship status,” Demetrius Figueroa, founder of the dating blog and podcast Tao of Indifference, tells Bustle. “Entering into a relationship is a big step, one you shouldn’t make out of anger. Instead, try to start the conversation from a neutral position. Have the conversation that you both want to have, not a conversation one of you wants to have because you’re angry.”

Instead, make sure that you're in the right place to DTR, then bring up the conversation. Not sure if you're ready? Well, you have to make it through some crucial getting-to-know-each-other steps first. Here's how you know you're not ready to DTR, because sometimes disagreeing is a good thing: