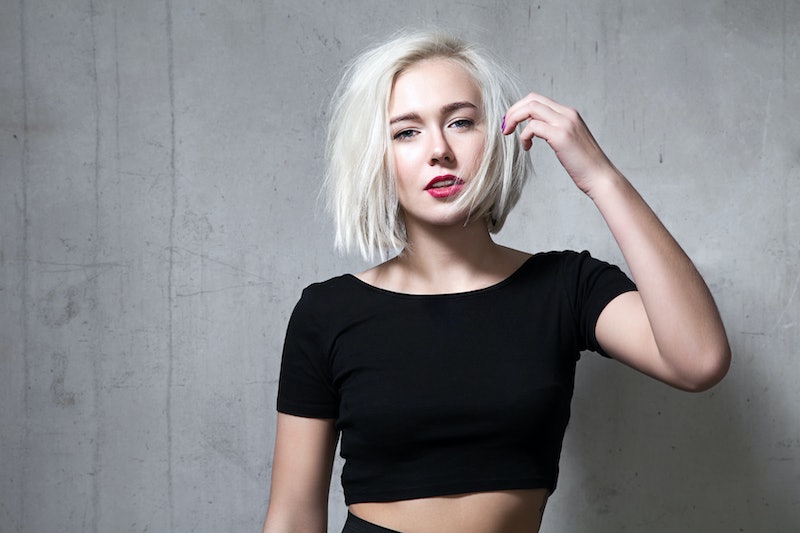 It's amazing when you get to the point where you feel proud and confident in yourself, and it's common to begin acting differently once you've found your stride. And with that confidence often comes the liberating feeling of being happy with yourself, and your choices, free of caring too much of what others think. That being said, it's a good idea to keep in mind the difference between confidence and arrogance. Often confidence is a feeling we have about ourselves, while arrogance can be a way of trying to make yourself feel better by belittling others.

"Confidence is a manifestation of belief in one’s abilities while also having an openness towards and recognition of the gifts and abilities in others," psychotherapist and relationship coach Toni Coleman, LCSW, CMC tells Bustle. "In contrast, arrogance is an aggressive posturing in which someone tries to project self-assurance and confidence. However, arrogant people often suffer from low self-esteem and feelings of low self-worth."

Feeling confidence is definitely something you should be proud of, and you shouldn't feel like you have to underscore how awesome you are. But you also don't want to make other people feel bad in the process, which is why it's important to make sure you don't cross the line. Here are seven subtle signs that you might be coming off as arrogant rather than confident, according to experts.