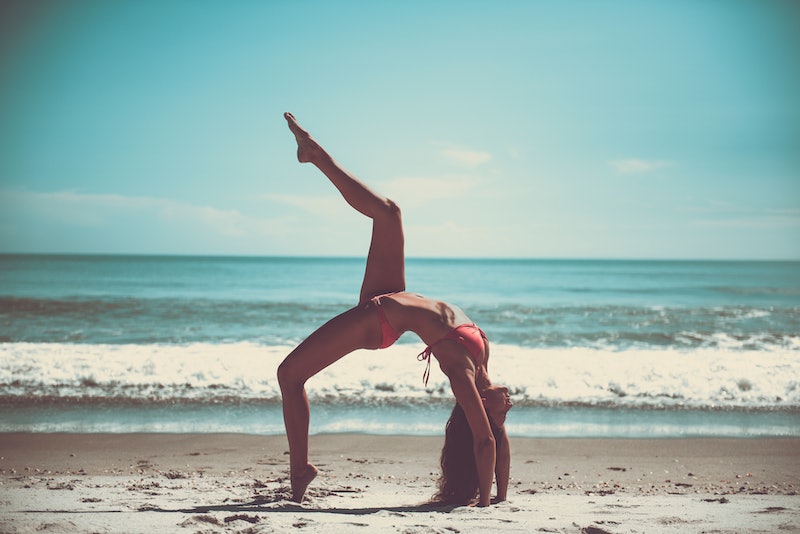 If your razor is fresh enough, you can basically shave when your stubble is any length. But waxing is different. It can feel more bothersome making your wax last between appointments, because you're typically supposed to wait for your hair to be a certain length before ripping it out. So what should you do during the month between waxes to ensure you don't suffer any ingrowns or breakouts? To find out, I emailed with Lori Nestore, founder and CEO of Berodin Wax and Co-President of Tu'el.

According to Nestore, achieving the longest lasting, smoothest results from waxing depends on a couple of things: Avoiding common mistakes between appointments and practicing good at-home care. Nothing too crazy. And hey, if you're going to go through the pain or discomfort of a wax, might as well help make sure each one is the best yet, right? Of course, there are also ways to help your waxing experience be as painless as possible. So you can make the most out of every wax, and not have to worry about it before, during, or after, here are seven expert tips for keeping your skin healthy and helping each wax last longer between appointments:

1. Don't Reach For The Razor

Waxing is something that needs to operate on a schedule to be most effective. So Nestore says it's important to never pick up a razor or tweezers to touch up between appointments. Even though it can be tempting to quickly tame and trim your hair between appointments, doing so will not only cause uneven wax results, but it could also give you razor burn and ingrowns.

Especially if you're prone to breakouts and ingrowns, it's key to practice regular exfoliation, says Nestore. You don't need a harsh scrub though. Just a light buff between waxes will help "keep the hair follicle free of dead skin cells so there's less chance of pimples, and encourage the hair to point up to hopefully avoid ingrown hairs." Try a hydrating scrub, gentle exfoliating body wash, or even exfoliation gloves to keep your skin clear and smooth.

An acne treatment can also help keep the areas you've waxed free of bumps and breakouts, says Nestore. Try one that helps calm irritation, conditions your skin, heals any current breakouts, and helps prevent new ones.

Nestore adds that a moisturizer that doesn't clog your pores will help your skin look smooth and healthy between waxes. However, it's important to use one that is fragrance-free and also free of alcohol or other harsh ingredients. Nestore explains that these types of ingredients "can result in tiny rashes that can lead to infection or allergic reaction, leaving you with red bumps and killer itching." Not to mention that it's harder for ingrown hairs to form in healthy, hydrated skin.

According to Nestore, it's important to wax "every four weeks like clockwork" even if you don't think your hair has grown out enough yet. This helps your hair get in the habit of growing back weaker so waxes become easier over time.

6. Maintain Through The Winter

"The best time to start waxing, and also the most important time to be regular is during the winter months," says Nestore. If you practice regular body-hair removal, you may be more likely to let your hair grow longer in the winter, which is why it can be easier to get to a good starting point when it's cold out. And because regular waxing makes hair removal easier and needed less frequently over time, maintaining your appointments through the winter will help ensure you don't have to start waxing from scratch the following summer.

If you've just started waxing though, one of the most important things to do between appointments is to be patient. Nestore says it typically takes three wax sessions before your hair really gets on a schedule so you can remain smoother, longer. And even though it may be annoying allowing your hair to grow back in after a wax without touching it with a razor or tweezers, it won't grow back nearly as thick as it used to.