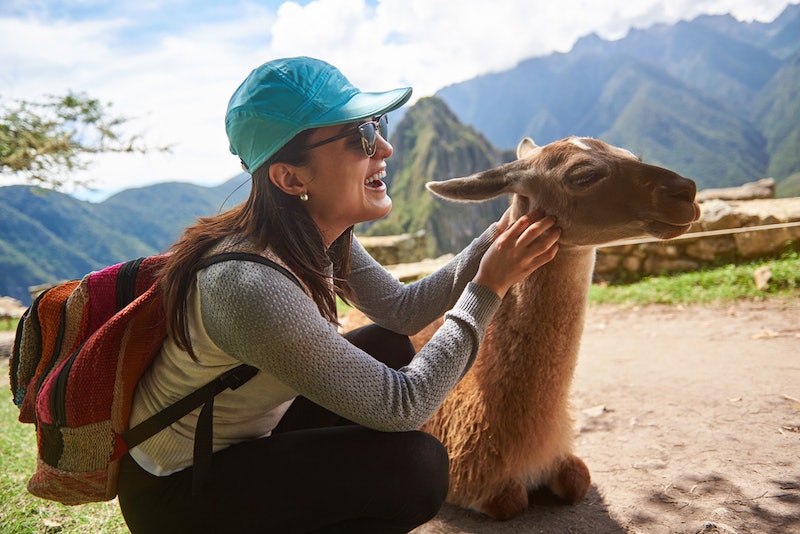 All it takes is one look from a dog, or a few moments spent with a cat, to know animals are capable of bonding with humans. Our usual go-to pets tend to want lots of attention, and clearly enjoy spending time with us. But other species are capable of feelin' the love, too.

"Most of the multiple species of animals that we as humans have developed relationships with over the years are domesticated animals including dogs, cats, rabbits, and farm animals," Katie Moore, deputy vice president of Animal Rescue at International Fund for Animal Welfare (IFAW), tells Bustle. "Animals have throughout history been bred for the sole purpose of coexisting and having relationships with humans over time. They in turn have essentially developed the capacity to bond with people."

In some instances, though, bonded relationships can occur with wild animals, too. "In the case of rescued wild animals, people and wild animals can develop a mutually close relationship, though this often results from some sort of a rescue scenario where the animal was rescued by the human," Moore says. "This is one of the many cases in which it becomes more apparent that the fates of both humans and wild animals are deeply intertwined."

Here are some of the animals most likely to bond with us, according to experts.