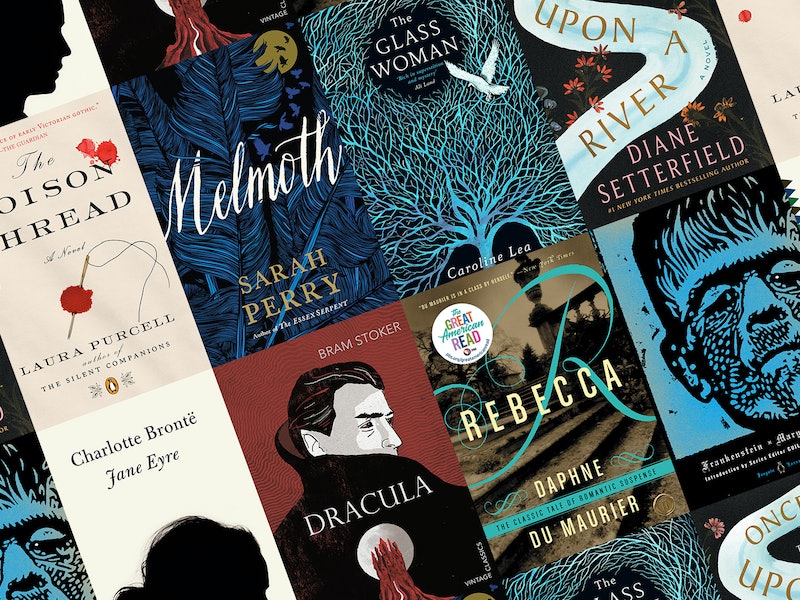 Heads up, mystery and thriller fans: I've got a list of nine gothic novels to read, based on your favorite classic book, and trust me — you don't want to miss out. Whether you're a fan of the Romantic gothic, Victorian gothic, or Southern gothic, I've got something here you're sure to enjoy.

Like any good subgenre, the gothic has its own bag of tricks, which includes big, spooky houses, possible hauntings, family curses, and damsels in distress. Some novels may be more or less supernatural, or contain more or less gore, death, and destruction, but if you've found a story about a haunted house or a mysteriously locked door with an ominous cackle behind it, you're smack dab in the middle of the gothic.

Since it first showed up in the late 18th century, gothic literature has been a fairly constant presence in the lives of readers. After the 1790s, when Ann Radcliffe and Matthew Lewis came onto the scene with spooky thrillers like The Mysteries of Udolpho and The Monk, the gothic novel remained intermittently popular throughout the 19th century, as Mary Shelley's Frankenstein (1818) gave way to Charlotte Brontë's Jane Eyre (1847) and Oscar Wilde's The Picture of Dorian Gray (1890). In the early 20th century, the Southern gothic of writers like Flannery O'Connor and William Faulkner took hold, and their legacy continues today in the works of Dorothy Allison, Toni Morrison, and Anne Rice.

Check out the nine new gothic novels I've picked out for you below: