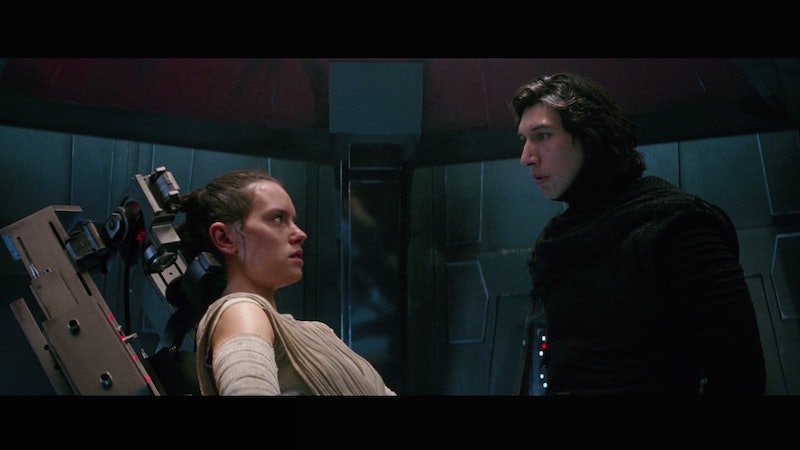 The Force connection between Rey and Kylo explored in The Last Jedi certainly sets a path for a potential romantic relationship, but looking back at The Force Awakens, it's clear that the foundation for Reylo was already there. From their very first meeting face to face on Takodana, it's been made obvious that Rey and Kylo have a unique connection. The nature of that connection — be it romantic or familial — has yet to be determined, but anyone insisting that Rey and Kylo don't have something extra going on beyond the hero vs. villain relationship are in some serious denial. Either that, or they missed these key Rey and Kylo relationship clues from The Force Awakens.

More like this
Yes, You Do Know The Song From The 'Black Panther: Wakanda Forever' Trailer
By El Hunt
Christina Perri Reacts To Her 'Twilight' Song Being One Of YouTube's Most-Viewed Ever
By Radhika Menon
What’s New On Netflix: 'Never Have I Ever' & 'Indian Matchmaking' Return
By Arya Roshanian
At 14, Rachel Sennott Had A Sexual Awakening While Reading 'Twilight'
By Samantha Leach
Get Even More From Bustle — Sign Up For The Newsletter