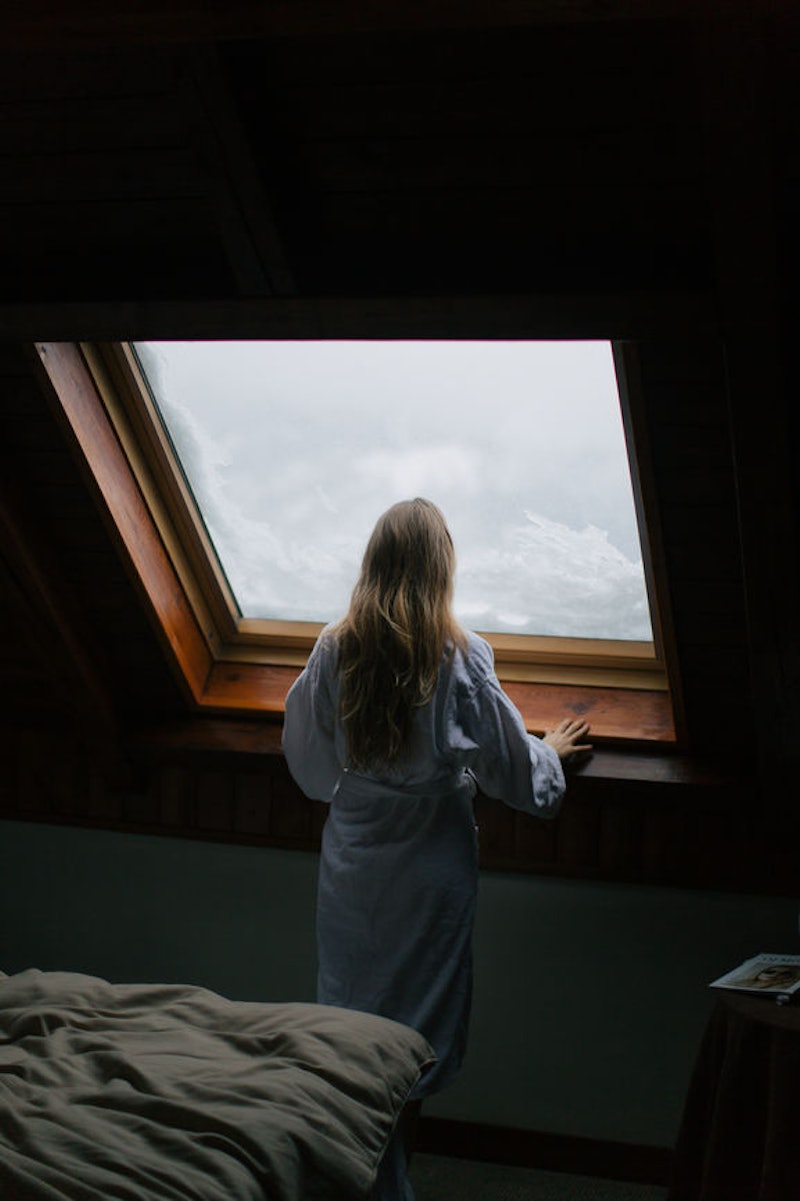 You or someone you know may not look forward to going home for the holidays. After all, not everyone’s family resembles a picture-perfect one that you may see on TV or in movies: Your family may not approve of your career, lifestyle choices, your partner, you name it. And if you are non-binary, transgender, or gender fluid, you may have a more conservative family who does not understand you. For instance, they may accuse you of going through a phase when who you are is who you are. So, when it comes to the holidays, toxic family members probably don’t help make make the season merry and bright.

First, you may be wondering what the definition of a non-binary, transgender, or gender fluid person is. “Typical genders are either male or female, making genders binary because there are only two choices,” Kryss Shane, LGBT expert and sex and relationship expert, tells Bustle. She says that a non-binary person identifies their gender neither male nor female. “They see gender as a spectrum and they’re somewhere on that spectrum,” she says.

A transgender person, on the other hand, is typically someone who is assigned one gender at birth, but identifies as the other standard gender, Shane says. “In these cases, gender is still binary when a person appears male and identifies as female, or vice-versa, since the person is identifying as one of the two gender binaries.” So, if a person is assigned one gender at birth and identifies as a different gender — but not one of the two standard genders — they would be considered non-binary, she says.

So, when it comes to going home for the holidays, what’s the best way to deal with family members who aren't supportive? Shane says that in some situations, drawing clear boundaries can help to maintain familial relationships, and that it also helps to consider how each family member impacts your life. “In some cases, using stress relievers, bringing friends as buffers, and limiting the amount of time being spent with relatives is necessary,” she says.

But if things are really bad, Shane says there may not be a need for you to continue the relationship with a toxic family member. “In other cases, the family member is so toxic that the best option is to end the relationship,” she says. She adds that even though this is not something often talked about in the media, many recognize that the best way to care for one’s self and the best way to lead a happy and productive life is to remove toxic people, including family members. “No person has a right to be cruel or hurtful and someone being related does not make this behavior acceptable,” she says.

Of course, only you can decide if it’s time to say goodbye to a toxic family member altogether … or should you try one more holiday get-together first? Below, non-binary, transgender, and gender fluid people share what it's like dealing with toxic family members.