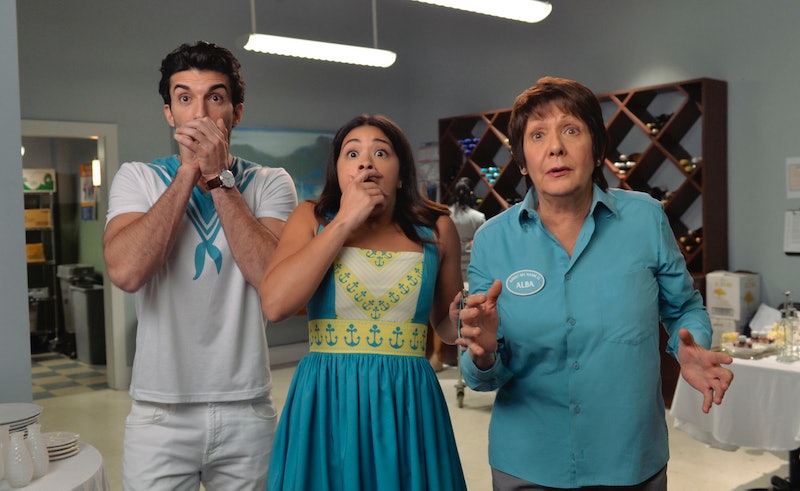 As Jane The Virgin comes to a close, fans might be on the hunt for a new show to fill the hole left it its wake. Now, there are definitely some on the CW that fans might fancy, not to mention dramedies on Netflix, Amazon, or any other network, but for fans who want something a bit closer to the spirit of Jane, your best bet is a telenovela. The show was based off of an original telenovela, after all. And, if you're looking for a place to start, here are nine telenovelas to watch if you love Jane The Virgin.

Jane The Virgin followed the story of a young woman who was accidentally artificially inseminated, and became unknowingly pregnant with the child of her old crush — and that's not even half of what happened in the pilot. Over the course of five seasons, there have been many deaths, a few "resurrections," many will-they-won't-they love stories, and some babies. There have been religious struggles, career highs and lows, and everything in between. It can be hard to imagine that there's even one show out there that could possibly live up to the entertainment Jane the Virgin has given us. Well, these telenovelas might not be Jane the Virgin but they're definitely as close to it as you're going to get.