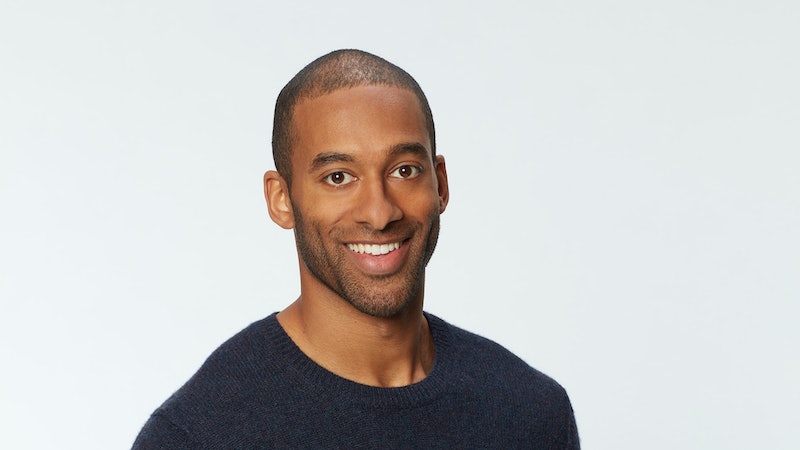 Rachel Lindsay recently called for more diversity in the Bachelor franchise, but apparently, producers have been considering Matt James for quite some time. While discussing the historic casting decision with Variety, a Bachelor executive stated that Matt James wasn't cast as the Bachelor in "response" to Rachel Lindsay's comments advocating for the show to cast more Black men and women. While Rob Mills, Head of Alternative Programming at ABC, acknowledged the importance of Rachel's advocacy, he told the outlet that producers have been considering Matt for months.

"Matt was somebody who was on our radar and we were thinking about him," Mills explained, noting that he was originally cast for Clare Crawley's upcoming season of The Bachelorette. "We were thinking do we announce him early, or do we put him on Clare’s season and then announce him later, if it doesn’t work out with Clare? We didn’t make a final decision until recently, but this has been talked about for quite some time."

As a result, Mills explained that Matt's casting as the first Black Bachelor "wasn't a response" to Rachel's recent petition for a leading man of color. "We could have made this announcement earlier or later," he said. "Certainly no one is blind to what is happening in the world, so hopefully this announcement serves as a bit of optimism during a time that we can really use this, but I don’t want this to look like we’re patting ourselves on the back or taking a victory lap."

In fact, Mills added that the franchise still has a long way to go when it comes to diversity. "We know this is a few grains of sand in a very big hourglass," he explained. "It’s taken a while to get where we are and we will continue to go further, and I acknowledge it may not be enough. In the last few years, I believe it’s gotten better and with the announcement of Matt, I hope it keeps getting better."

He isn't the only one hoping that the Bachelor franchise will continue to get more diverse in upcoming seasons; during a conversation with Good Morning America on June 12, Lindsay — who is the only Black Bachelorette in the show's history — stated that The Bachelor still has a long way to go. "I was hoping when I came on [in 2017] to be a trailblazer for that and to increase diversity in the audience that watches it. But in the last three years, there really haven't been changes made," she explained.

And now that they finally have cast a Black Bachelor, Rachel want to ensure that the franchise properly addresses what it means to date as a person of color. "I want producers of color, I would like for them to cast leads that are interested in dating outside of their race," she said, adding, "I need the acknowledgement of that, not putting a bandaid over the situation."

While speaking to GMA shortly after his casting was announced, Matt also advocated for the Bachelor franchise to continue to cast more diverse contestants going forward. "I think it's a step in the right direction," he said on the show. "This is hopefully the first of many Black men to be in the position that I'm at now."

More like this
Kylie Jenner Clarified How To Pronounce Her Son's New Name
By Jake Viswanath
Bachelor Zach’s “Dream Job” Has Nothing To Do With His Work In The Tech Industry
By Brad Witter
Hannah Ann Got Engaged 3 Years After 'The Bachelor' & The Proposal Was Dreamy
By Grace Wehniainen
10 Photos Of The Wildest Limo Arrivals From 'The Bachelor' Premiere
By Brad Witter
Get Even More From Bustle — Sign Up For The Newsletter
From hair trends to relationship advice, our daily newsletter has everything you need to sound like a person who’s on TikTok, even if you aren’t.