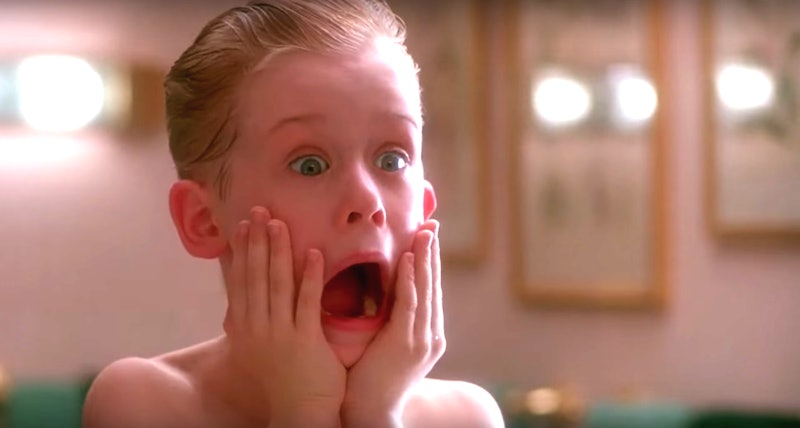 Merry Christmas, ya filthy animal? Here is some news that just might ruin your childhood. Disney+ is remaking Home Alone. You read that correctly. The Disney streaming service has plans to remake the beloved 1990 film starring Macaulay Culkin, who, of course, played the lead role of Kevin McCallister. Let's just say that most fans are not happy with Disney's decision and are voicing their opinions loudly on Twitter.

According to CNN, Disney CEO Bob Iger revealed in a Tuesday conference call with investors that Disney+ is "reimagining" not just Home Alone, but also Night at the Museum, Cheaper by the Dozen, and Diary of a Wimpy Kid. It's unclear when any of the films will be remade. The streaming service is set to launch on Nov. 12, 2019 and will cost customers $6.99 per month. Iger said Disney is "focused on leveraging Fox's vast library of great titles to further enrich the content mix on our... platforms" and for a "new generation."

Well, Home Alone fans aren't thrilled with the news. There's no denying both the original and sequel, Home Alone 2: Lost in New York, are classics. How could they be remade and be anywhere near as good as both movies? It doesn't seem possible. Even Culkin reacted to the remake news by hilariously tweeting on Aug. 6, "I hope the Space Jam reboot kicks off a whole slew of 80s/90s sports movie remakes. Field of Dreams with @ChrisEvans. A League of Their Own with @KristenBell @TessaThompson_ and @chrissyteigen. Also it would be cool if Daffy Duck was in all of these."

Following in Culkin's footsteps, here are a handful of other reactions that show just how upset fans are with the remake news.

Really, why is this necessary?

It will just ruin something that is already great.

Let Michael Scott Speak For Everyone

Who thought this was a good idea?

The One Reboot Some Fans Would Watch

Who else is for this?

This isn't the first time there have been reports about a Home Alone remake. In July 2018, Deadline reported that Ryan Reynolds was producing a reboot called Stoned Alone. At the time of reports, the film was said to follow a 20-something stoner who misses his flight to go holiday skiing and chooses to stay home to get high. Where do the burglars come into play? Well, while high, the stoner thinks he hears burglars breaking into his home, which, spoiler, they did. You can imagine where the movie goes from there. (Bustle previously reached out to Reynolds' reps for comment, but did not receive an immediate response.)

It really isn't surprising that a Home Alone remake is happening, especially when beloved TV series and movies continue to be revived. From Beverly Hills, 90210 to Are You Afraid of the Dark? to Gossip Girl, the reboots are never-ending. Some re-creations are OK, but when it comes to redoing classics, like the one that put Culkin on the map, well, fans certainly and understandably have a lot of feelings.