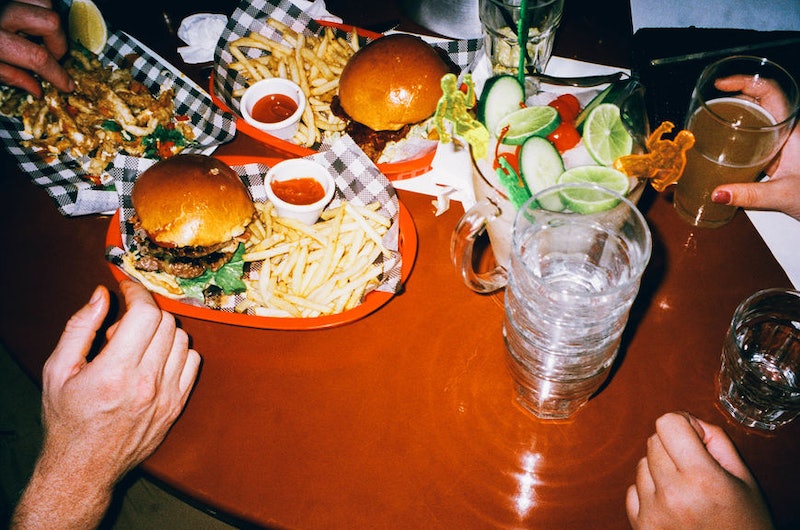 If you’ve ever stumbled across a plant-based documentary on Netflix, been on social media or looked at the news recently, you’ll know that meat consumption, veganism, and environmentalism have become a widely discussed topics. Now, as the BBC reports, Goldsmiths University in London has banned beef products and will be ditching burgers in an attempt to become more environmentally friendly. As it stands, the university emits 3.7 million kg of carbon each year and they are aiming to be carbon neutral by 2025.

According to the Guardian, the university in New Cross, South East London, not only plans to cut down on beef at the start of the new academic year in September, but will be installing new solar panels across its campus and switching to a totally clean energy supplier.

Prof Frances Corner, Goldsmiths' new warden said in a statement given to the BBC: "The growing global call for organisations to take seriously their responsibilities for halting climate change is impossible to ignore. Though I have only just arrived at Goldsmiths, it is immediately obvious that our staff and students care passionately about the future of our environment and that they are determined to help deliver the step change we need to cut our carbon footprint drastically and as quickly as possible.

She continued: "I truly believe we face a defining moment in global history and Goldsmiths now stands shoulder to shoulder with other organisations willing to call the alarm and take urgent action to cut carbon use."

Veganism is steadily rising in the UK. According to The Vegan Society “The number of vegans in Great Britain quadrupled between 2014 and 2018”. In 2018 there were 600,000 compared to 2014 where there were only 150,000. While reasons for a plant-based diet range from not wanting to partake in animal cruelty, to health benefits, more light is being shone on the environmental benefits of cutting down on meat. The university's decision to try and reduce its carbon emissions by banning beef from their cafes and food outlets makes sense given that, as Wired reports, beef produces more carbon than any other meat.

Beef farming also has other hugely devastating environmental impacts. According to the Guardian, one study shows that without meat and dairy consumption, “global farmland use could be reduced by more than 75%.” Joseph Poore, at the University of Oxford, told the Guardian: “A vegan diet is probably the single biggest way to reduce your impact on planet Earth, not just greenhouse gases, but global acidification, eutrophication, land use and water use,” Cows also produce methane — alone they represent 65% of the livestock sector’s emissions.

On top of cutting out beef in their canteens, the university will be putting a 10p tax bottled water and single-use plastic cups. Some single-use plastics like straws, stirrers, and cotton ear buds will be banned by the Government in 2020 in a bid to fight against plastic pollution.

Actively cutting down on emissions and fighting climate change are big steps from this university. Hopefully, they will be one of many institutions to address environmental issues such as single-use plastic and meat consumption in the near future.