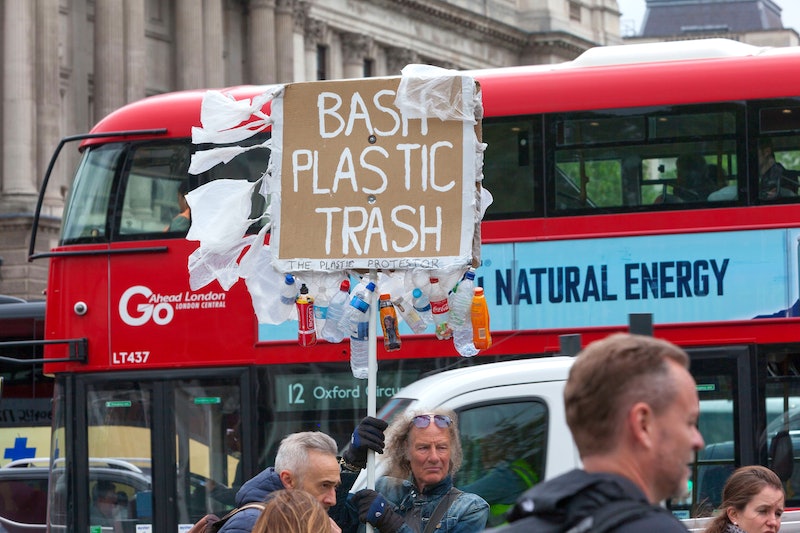 Now that the world is hurtling towards undoable damage to the environment, concern for plastic pollution is finally reaching an all time high. The UK Government have listened and are making a big step in tackling plastic pollution. Environment secretary Michael Gove has confirmed drink stirrers, plastic straws, and cotton buds will be banned from April. According to Independent, Gove expressed how these steps would preserve the environment stating: “Urgent and decisive action is needed to tackle plastic pollution and protect our environment. These items are often used for just a few minutes but take hundreds of years to break down, ending up in our seas and oceans and harming precious marine life."

The Government claims there are 8.5 billion plastic straws thrown away each year, and, "150 million tonnes of plastic in the world’s oceans and every year one million birds and over 100,000 sea mammals die from eating and getting tangled in plastic waste." This is all a part of the 25 Year Environment Plan — along with this ban on single-use plastics, a deposit return scheme for single-use drinks containers like bottles and cans will be introduced.

The ban on these non-degradable plastics means there will most-likely be a big push towards biodegradable alternatives. But this may only patch up the problem, rather than get to the root of it. It's already been proven that biodegradable plastic bags can still survive after three years, meaning it might not be the solution to plastic pollution.

This isn't the first attempt to cut down the country's plastic use. Single-use plastic shopping bags in England were made 5p in 2015 as a deterrent to using them. And it's working — 9 billion fewer plastic bags have been used since the charge was added, but small shops still provide over 3.6 billion single-use bags every year, according to Forbes.

If you're worrying about what to replace your straws and cotton buds with, paper and reusable metal straws are already widely available and are a great alternative to plastic ones. Better yet, you could just sip from your glass and skip the straws altogether. Importantly, the BBC reports that plastic straws will still be available for differently abled people. Instead of plastic drink stirrers, why not try wooden biodegradable stirrers? When it comes to ear buds, the NHS recommends not using them to get out earwax build up, but if you still really want them, you can get sustainable bamboo versions.

Along with changes from the Government, if the UK is really serious about cutting plastic use, we have to think about what's more important — our own convenience or sustainability. Will the world stop if you don't stir your drink? Do you really need a plastic bag to hold two items from the corner shop?

Yes, this is a step in the right direction and normalising non-plastic alternatives in the long run will help cut down on single-use plastic pollution. Unfortunately, in my opinion it is still not enough. Plastic straws, cotton buds, and stirrers only make up a proportion of all the plastic being produced in the UK. According to Greenpeace, "UK supermarkets currently generate 800,000 tonnes of plastic packaging every year" and an estimated 5 million tonnes of plastic is generated each year. There's clearly much more for us to still to tackle.

More like this
The David Beckham Qatar Controversy, Explained
By Sophie McEvoy
'Waterloo Road' Is Back, With More Than A Few Familiar Faces
By Sam Ramsden and Vivian Iroanya
Mollie King & Stuart Broad Just Shared The First Pic Of Their Baby
By Sophie McEvoy
Here's The Role Lady Susan Hussey Played At Buckingham Palace
By El Hunt
Get The Very Best Of Bustle/UK