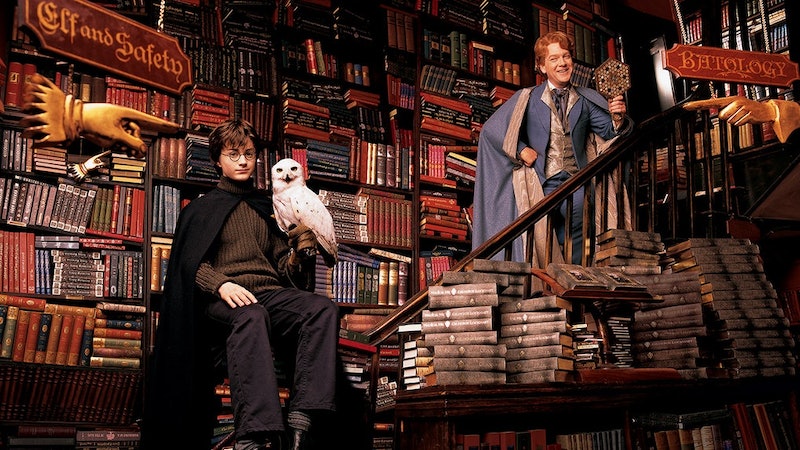 Rare finds from the Harry Potter universe can attract some serious cash, and Potterheads and collectors alike will clear out their Gringotts vault for the right item. Now, a tiny Harry Potter book going up for auction is expected to fetch up to £150,000.

OK let me explain, it's not just any tiny Harry Potter book. That would simply be a nightmare to read. It's a tiny green 1.6inch x 2.4 inch flip book with handwritten notes from the one and only J.K. Rowling relating to the first and second Harry Potter books. According to the website of auctioneers Just Collecting, who are hosting the sale of the one of a kind book, it features "text and illustrations connected with the Potter books" and "lists the items a Hogwarts student will need for their first year at the school, including uniform, books and accessories."

Spookily titled "Lot 13", the auctioneers explain that the book, signed by Rowling, was "specially handwritten and hand-drawn for a charity auction in 2004, where it sold for £10,000." The auctioneers point out that this purchase was made when the "Potter market was in its infancy."

The thirst for Harry Potter memorabilia has gone from strength to strength and some items stand out in particular. Back in 2016, the chair Rowling sat in while writing the first and second Harry Potter books sold for a stonking $400,000. The BBC reports that the vintage chair was one of a set of four that Rowling got for free in the 1990s. It's covered in artwork and quotes engraved in the chair by Rowling herself. The author decided to auction off in 2002 in aid of her charity Lumos and a wrote an accompanying letter to explain the chair's origin.

She wrote: "I was given four mismatched dining room chairs in 1995 and this was the comfiest one, which is why it ended up stationed permanently in front of my typewriter, supporting me while I typed out Harry Potter & The Philosopher's Stone and Harry Potter & The Chamber of Secrets. My nostalgic side is quite sad to see it go, but my back isn't."

It might be years since the original series of books and films finished, but the love of Harry Potter is alive and well. There's the Warner Bros studio tour just outside London. There's the Wizarding World Of Harry Potter in Orlando. There's a whole new film franchise, Fantastic Beasts & Where To Find Them, based on another tiny book. So it's pretty certain that this item is going to Accio a lot of dough for its lucky owner when the sale finishes on March 26.