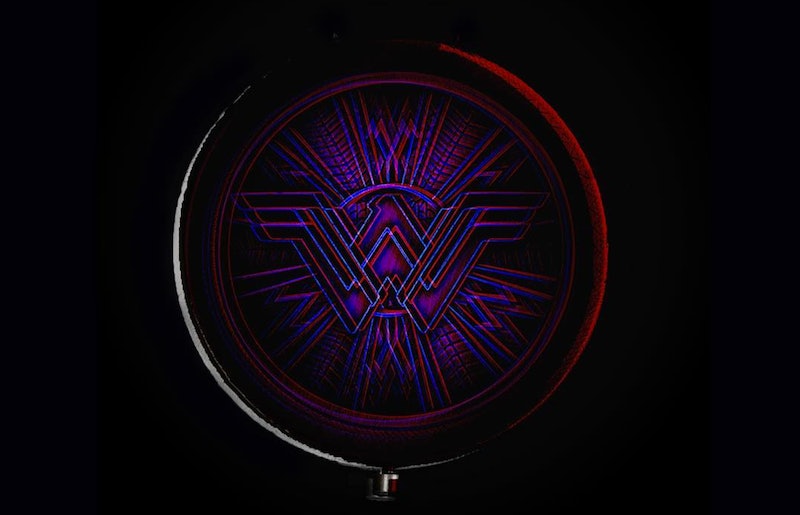 There has been no shortage of Wonder Woman-themed stuff in recent years, due to the cinematic (and thus cultural) reboot of the character. Internet-famous brand Luxie Beauty is launching a Wonder Woman-inspired makeup line, the details of which are fuzzy at press time. That's likely intentional in order to stoke the fires of anticipation. I admit that I am totally pumped about what lies ahead.

The brand posted a shot of a circular compact on its official Instagram, with the "WW" logo stamped on the top. The only concrete detail we have is "Coming Soon." Also, in the brand's tweet, it hashtagged #ComicCon. Perhaps that's where it will debut?!

I have more questions, though!

Is it a mirror? A blush? Bronzer? Foundation? It could be anything and it could be an entire, expansive range of products inspired by Wonder Woman.

Wonder Woman's infiltration of the beauty realm has been utterly amazing, from makeup bags to products, which were available as a beautiful bargain last spring at Walgreen's and via drugstore.com. Yes, I have the makeup bag — I love it and use it daily.

It's also worth nothing that major film studios have been hitching their wagons to indie beauty brands lately. The Sola Look x Dirty Dancing palette is dropping later this month and follows the brand's Flashdance eyeshadow palette. Both collections celebrate the 30th anniversaries of two beloved '80s film.

The Wonder Woman franchise has been relaunched with Gal Gadot installed in the role of the cuff-wearing, lasso-tossing, invisible plane-flying character. It's beyond awesome that the property is providing an additionally shared platform for this up 'n' coming beauty brand.

The Luxie x Wonder Woman collab was previously teased at Gen Beauty. The details remain shrouded in secrecy. Bustle reached out to both Luxie and Warner Bros. for further details, such as contents, launch date, and locations regarding the Wonder Woman collection.

UPDATE: Luxie Beauty responded to our email and let us know further information will be available soon. We'll keep you posted.

Wonder Woman slays all! The Jusice League movie is due out in November, so we could be waiting a minute.

If you are not familiar with Luxie Beauty, well let's remedy that now. The brand's focus is brushes and tools. But it also sells false lashes and eye palettes, as well as super cute merch.

These brushes are beautifully crafted — look at the workmanship and detail.

Luxie Beauty also proudly touts itself as cruelty-free. So you can feel good about supporting the brand.

If you need me, I'll be right here, impatiently waiting for more intel about Wonder Woman x Luxie Beauty.