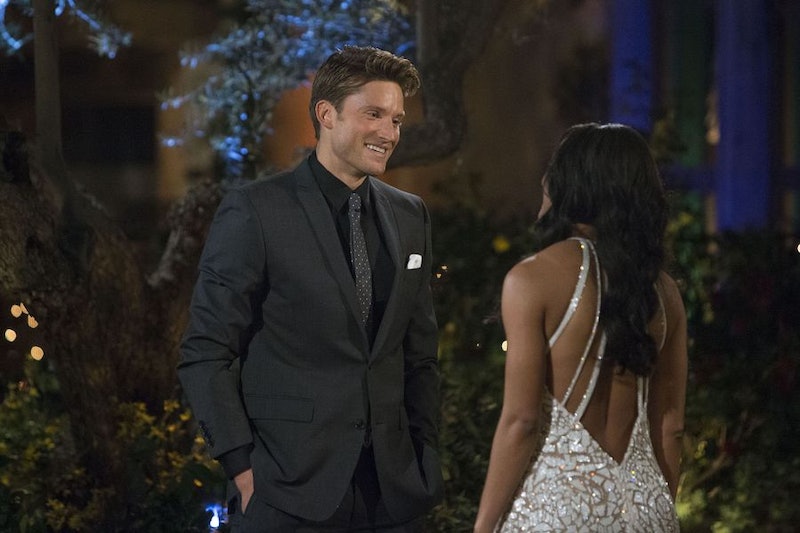 The 13th season of Bachelorette has officially begun, and you know what that means: time to stalk some dudes from the TV! Just because they're handsome contestants on a dating reality show doesn't mean these dudes can't be found on social media; in fact, a few of them seem to be thriving there, and their posts give us an interesting window into what they want to present to the world, as opposed to what ABC shows us. Already they've shown up on Instagram and on Twitter — but are any of Rachel's Bachelorette contestants on Snapchat?

Unfortunately, while a whopping majority of Rachel's Bachelorette contestants have Instagram accounts, the number who've also officially made the journey to Snapchat are few and far between; where there are close to 30 of Rachel's contestants on Instagram, only seven are on Snapchat so far. Pretty understandable, given that former Bachelorette Kaitlin once spoiled the show by snapping a pic of her and Shawn before the season was over — heck, Rachel herself doesn't even have a Snapchat account, probably so she doesn't accidentally give anything away either. But if you're dying to see if you can get some spoilers, or just want to follow these dudes in their post-Bachelorette life, be sure to add these usernames to your friend list: