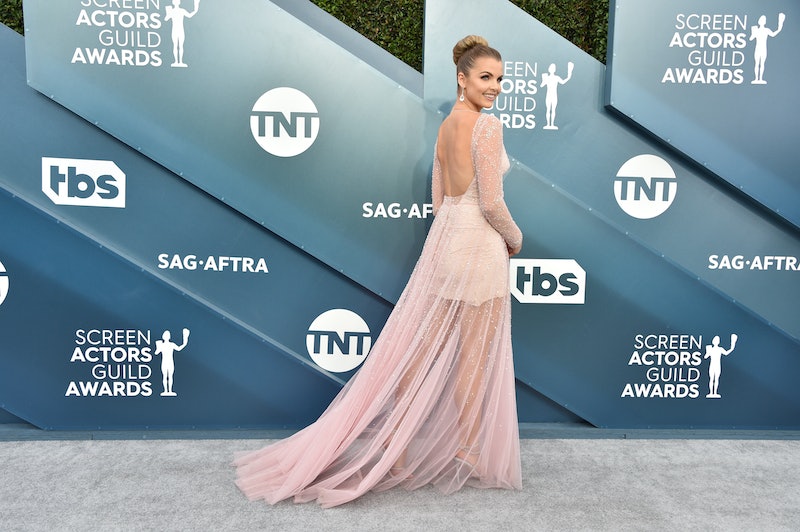 When it comes to awards show fashion, when celebrities are in doubt, they go sheer. Whether it's with a puffy organza sleeve or an illusion neckline, there are plenty of ways actors love to show off (quite literally) on the red carpet. The trend is definitely alive and well tonight, as seen by all the sheer looks at the 2020 SAG Awards. From Joey King to Emily Hampshire, the see-through moments are aplenty, and boy — are they chic!

Sheer dresses have always been en vogue, but they've been having a major moment this year on all the awards show red carpets so far. At the Golden Globes earlier this month, it seemed like everyone wanted in on a little "peek-a-boo" detailing. Charlize Theron wore a stunning green gown featuring a sheer black corset underneath, unveiling a bit of her torso, while Gwyneth Paltrow went all out in a light brown tulle dress that was entirely transparent.

For further proof that the red carpet staple isn't going anywhere anytime soon, here's every celebrity who has shown up in a sheer dress so far.

Entertainment Weekly red-carpet host Andrea Boehlke was the first to appear in sheer on the carpet.

Alexis Bledel's sheer beaded overlay and sleeves were all vampy elegance on the carpet.